In the wake of the referendum, metropolitan professionals warned that if you venture into the countryside some locals will trap you in a forest and do unspeakable things to you.

Julian Cook, from Camden, said: “Actually, whenever I’ve been in Cornwall I’ve had this sense that the locals were following me down the street. I now realise they were waiting for me to take a wrong turn.”

Tom Logan, from Battersea, added: “Whenever I’ve been in Devon I have noticed a distinct absence of local teeth. And I suspect they only dress normally in order to create a false sense of security. Behind closed doors they all wear dungarees covered in poo.”

Cornish man Martin Bishop said while sharpening a large stick: “There is nothing to worry about. Come for a holiday and bring your guitars.

“Or as we call them ‘fancy banjoes’.”

‘Okay, what the Jesus f**king balls is going on?' asks Britain 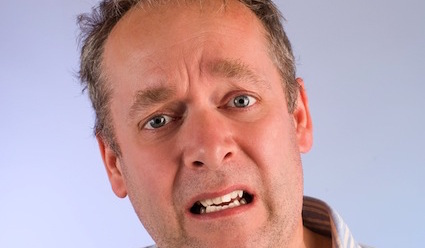 EVERYBODY in the UK would like to know precisely what the actual fuck, it has been confirmed.

As the news continues to resemble the season finale of an Argentinian soap opera, the country has asked what in the name of cock is going on and what exactly they are meant to do about it.

Wayne Hayes, from Carlisle, said: “It’s….I mean…no, genuinely sit down and explain it to me before I completely lose the plot, presuming there is a plot now and we’re not just freestyling it.

“Call me old fashioned but I preferred it when things happened in a sequential order based on what happened previously, rather than having increasingly terrifying, random headlines barked at me by an angry clown.”

The lack of anything making any sense deepened yesterday as Jeremy Corbyn vowed to fight on as Labour leader by painting faces on household items and appointing them to the shadow cabinet.

Flanked by an anglepoise lamp in a wig and a toaster with a smiley face, the Labour leader said he would continue leading whatever is left of the party, before handing over to his new press secretary Henry the hoover to answer any further questions.

Hayes added: “Do I need a passport for buses? Does the pound work? Is cheese still a thing?”