THE BBC has announced new channel BBC Right One, aimed at right-wing viewers.

Highlights will include The Daily Proms, Grumpy Old Men Are Unfailingly Correct and a new series of Miranda where she’s committed to an asylum for being over 35.

A spokesman said: “In response to over 53,000 letters, many of them on headed notepaper from Mr C Smith of ‘Thrushbrook’ in Cirencester, we have launched a new service that actively resents the rest of the BBC.

Were bringing back Dixon of Dock Green, who in episode one is tried for murder for shooting a student who was urinating on a war memorial, but is acquitted by a judge hed let off for a speeding offence a month before.

“BBC Right One is not against gays, it sternly tolerates them.

“There will be black actors, but mainly in the context of sitcoms where they move in next door and upset their neighbours.

And then of course there’s Top Gear.”

BBC Right One will only be broadcast south of Luton, and between 5pm and 11pm because its viewers have bloody jobs to go to.

“But when are they going to do the same with CBeebies? That Iggle Piggle is a rabble-rousing Marxist. 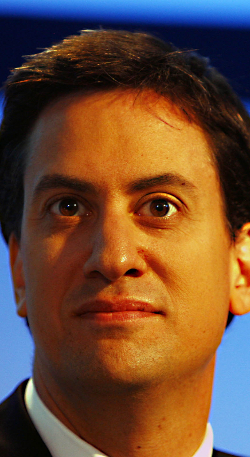 LABOUR leader Ed Miliband has announced the first of his promised hikes in the price of gas and electricity.

The inaugural increase, in conjunction with SSE, is a robust 8.2%.

Miliband said: “We made a promise and we have delivered.

“I want to thank SSE for acting so promptly. They understood every word I said in my excellent speech.

“They have taken an early lead in the ‘race to the cap’. Well done.”

He added: “I hope the other energy companies will follow suit and use the next 18 months to roll out as many price hikes as they possibly can before I become prime minister of this great country.

Experts said Miliband’s energy price policy has been a ‘game changer’ for the Labour leader, as the public will now see him as a man who can get things done.

Martin Bishop, professor of gesture politics at Roehampton University, said: “Ed Miliband is making a real difference to people’s lives. And isn’t that the dream of every politician?”

A spokesman for SSE said: “We are looking forward to raising prices with Mr Miliband until he becomes prime minister of this great country and then working with him closely to make sure the price cap never happens”