A ROCK band have split because they have the same crap tastes and sound like all the other shit that is out there.

Dewsbury-based four-piece The Stopped Clocks confirmed that only by going their separate ways could they hope to achieve any semblance of originality.

Lead singer Tom Booker said: “None of us are into Afrobeat, Krautrock, Americana, hip hop or anything other than the most middle-of-the-road indie rock shit. And we all got on fine as people, so there was no clash or tension whatsoever.

“Our well-received demo tapes only confirmed our suspicion that guitar, vocals and melodies were meshing perfectly to create a grey, homogenous sound that reminds listeners of a less edgy Coldplay.

He added: “The drummer’s going to Africa to explore the juju beat, the bassist is immersing himself in minimal techno in Berlin, and our lead guitarist is journeying into the country EDM scene.

“I’m going back to trolley collecting at Tesco. It’s for the best.” 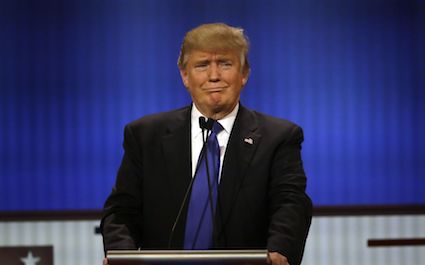 DONALD Trump has used his Twitter account to threaten a nuclear first strike on Iran and to promote the rich, smooth taste of Bud Ice.

A 3.20am tweet from the president-elect read: “New Iran deal under Trump is drop ‘Islamic’ government or nuclear weapons targeted on Tehran! 5.5% ABV Bud Ice is cool and refreshing!”

Political analyst Joseph Turner said: “The threat of a nuclear first strike is an unprecedented seismic shock to international relations, leaving the world teetering on the brink.

“The recommendation of Bud Ice beer is also unprecedented, but in a much more tawdry and vulgar way.

“Either way, whether you once had respect for the office of the presidency or merely do not want to die, these next four years will be tough.”

Trump’s next public appearance is scheduled for Sunday, when he will announce import tariffs that will destabilise the global economy while selling ties on the Home Shopping Network.