Scholars to definitely read Bront&#235; manuscript at some point

PROFESSORS who paid £700,000 for a rare Charlotte Brontë manuscript have just sort of skimmed through it.

Les Musée des Lettres et Manuscrits paid the six-figure-sum for the book Brontë wrote when she was 14, which features an epic poem about someone called Elizabeth Gaskell and practise signatures of ‘Charlotte Makepeace Thackeray’, but have yet to get round to having a proper look at it.

The manuscript is backed with leftover wallpaper from the Brontës’ kitchen and includes the lyrics from the libretto of The Barber Of Seville next to Rossini’s name written inside a love heart.

Professor Henry Brubaker of the Institute For Studies said “I’ve spoken to my colleague in Paris and he says he’s in the middle of a really good Tom Clancy right now, but the Brontë is sat on top of his pile of unread books.”

“The head of acquisitions at the museum is going on holiday next month and has said he’ll take it with him then, along with a couple of John Grishams and a book about the world’s most dangerous animals. But he will definitely be having a crack at the Brontë book first.

“Or at least dipping into it.”

The Brontë Parsonage Museum were outbid for the manuscript, which they had hoped to prominently display on a shelf near the dinner table so that guests could see it, alongside Jane Austen, The Name of the Rose and various things by Martin Amis.

Professor Brubaker added “As Charlotte writes in Villette – “If one is in possession of an improving book that has enriched minds through the ages, five will get you ten you’ve never opened the fucker” and don’t say that’s not in there because I know for a fact you’ve never read it either.” 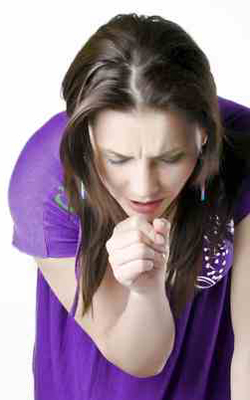 A 38-YEAR-OLD male has confounded medical experts by visiting a post office in December without getting anything infectious.

It had been widely accepted among doctors that any trip to the post office in the busy pre-Christmas period would result in some form of virulent contagion.

Professor Henry Brubaker of the Institute for Studies said: “Post offices are traditionally where sickly people go to cough and sneeze freely, because they’d rather not get their own homes covered in bacteria.

“These places also have a special etiquette whereby it is fine to stand up against a stranger, chest actually touching their back, and cough into their hair until you either feel better or drop dead.

“This combined with the lengthy queuing time makes a bacterial ‘perfect storm’ where you are certain to contract anything from mumps to the ‘Andromeda Strain’ of space flu.”

Despite this, father-of-two Tom Logan has developed no obvious symptoms in the week since going to post a book.

He said: “I was there for 45 minutes and counted at least 438 separate coughs, ranging from dry and wheezy to a thick catarrh-y sound like someone dragging an angry pig through mud.

“Probably I could’ve gone in the shorter, express queue but there was someone with visible leprosy spending twenty quid on Lucky Dip scratch cards.

“I keep thinking I feel something in the back of my throat. But maybe it’s just paranoia.”

“Interestingly he also seems to be immune to annoyance from those inane, superfluous video adverts for the Post Office that play on video screens above the counter, seemingly to raise awareness of the place that you’re already in. So maybe it’s a temperament thing.”