CLAIMS that Britain’s green energy revolution will cost consumers thousands of pounds have been dismissed by people who believe it is going to be windy.

The Committee on Climate Change said that by 2020 the average increase in energy bills caused by renewable investment will be £110 because of all the wind that is definitely going to happen.

Chairman Lord Turner said: “The only problem we can possibly foresee is if it’s not as windy as we think it’s going to be.

The report was welcomed by the large energy providers who said that if they were going to pick a figure of out of thin air for how much more they felt like charging people then they would probably have chosen £110 as well.

Lord Turner added: “It’s not that green technology is, in itself, massively expensive, it’s that if it doesn’t actually work then you have to get the energy from somewhere else. Usually from people who aren’t very nice.

“So you end up with an expensive thing that doesn’t work all the time plus expensive energy from horrid people. And that is massively expensive.

“But it’s fine, because it’s going to be windy.” 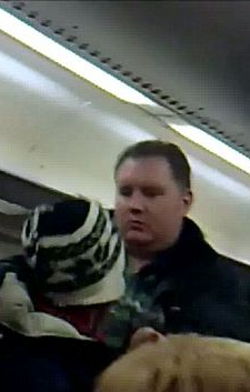 TROUBLED families will be helped by a great big Scottish bloke who is taking none of their shit.

The government has unveiled a £400m plan which will involve hiring 300 Scotsmen who are over six foot tall, weigh at least 17 stone and have had it up to here.

The project will tackle issues such as addiction, crime, poor health and unemployment by quietly and calmly bundling people off a train.

Prime minister David Cameron said this kind of coordinated action could ‘work wonders’ especially if there is the implicit threat of the big Scottish man following you on to the platform and kicking the hell out of you.

He added: “Each year these families cost the taxpayer more than £9bn so we’re going to put them all on a train between Glasgow and Edinburgh and give them just enough cider to get them nice and cheeky.

“We will then unleash Big Alan Pollock and his gigantic colleagues.”

Mr Cameron said the project would be limited initially to bundling people off regional commuter trains, but if the pilot scheme is successful they could eventually be manhandled into drug programmes, healthy living classes and low paid jobs.

He added: “If all goes well we will soon have thousands of huge angry Scotsmen dragging people from their homes and marching them to a fruit farm or a call centre as they flail pointlessly in his vice-like grip.

“Meanwhile unemployed people with smart phones could video it and then try and claim some advertising money from YouTube.”

Cracking his massive knuckles, Alan Pollock said: “I am totally fucking up for this.”