Around 84,000 people had tickets for special ‘immersive’ screenings of Back to the Future, the non-occurence of which is the biggest bourgeois crisis since the chalk paint drought of 2013.

Architect Stephen Malley said: “I had made travel arrangements and bought a Marty McFly gilet off eBay, all for nothing. Nothing!

“The monsters responsible have offered me a refund, or replacement tickets for next weekend, which is when I’ve got a wedding in Italy.

“Jesus christ, I don’t want to live in a world where innovative art-at-scale projects are run unreliably.

“I’m going to kill myself by eating non-artisan fried chicken for every meal until I keel over.”

Brand consultant Emma Bradford said: “Secret Cinema is cancelled and people are telling me to get a grip? You try getting a fucking grip when there’s suddenly a gaping hole in your schedule.

“They can’t do this to me. I know people in the media. Cool people.”

Lack of perspective specialist Dr Tom Logan said: “My advice is to stop hyperventilating, have a quick look at the global news agenda, then go and buy some tickets for the normal cinema.

“The new Planet of the Apes is on, it’s quite good.”

Drogba returns to Chelsea to die 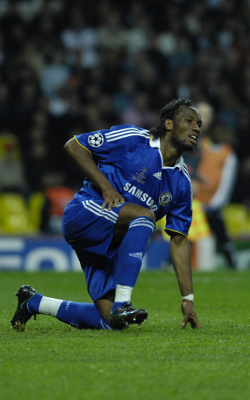 STRIKER Didier Drogba is dragging himself back to Stamford Bridge to end his days, the club has confirmed.

The player, who enjoyed his glory years at Chelsea, has somehow sensed his own forthcoming demise and is limping thousands of miles to die in the place that loved him best.

These creatures, magnificent in their prime, use some rudimentary homing instinct to find their way through a baffling maze of contracts to live out their last moments showered with applause from fans.

Its almost as if theyre intelligent.

Other footballers who have made the same journey include Henrik Larsson, whose bones lie in the 30 yard box at Helsingborg and still contribute the occasional assist.

Drogba, who is currently leading a herd of international footballers across the Asian steppes, is expected to arrive for Chelseas first game of the season.

He will walk slowly onto the pitch, commit a last two-footed career-threatening tackle, then die when an opposing player retaliates to win his team one final penalty.

Jose Mourinho said: It will be a majestic sight.

Unlike Frank Lampard, who has travelled to New York to live out his final days in complete anonymity and will die there, alone and forgotten, in a back alley.