THE BBC has issued an apology for broadcasting the controversial video nasty Cannibal Holocaust as part of its Christmas Day offerings.

The horrific found-footage film was shown uncensored in a prime spot on the schedule – just after Wallace & Gromit and before the Call the Midwife Christmas Special.

BBC head of communications Mary Fisher said: “As a public broadcaster, it is our duty not to show stomach-churning acts of cannibalism and torture before the watershed. We have failed in that duty.

“We wanted to challenge the public with daring and different Christmas programming. But our desire to bring balance to our winter schedule perhaps tipped us too far in the other direction.

“We’ve since learned, from viewer feedback, that people don’t want to see someone being impaled through the arse while they’re settling down in their Christmas jumpers to eat Chocolate Oranges.”

But some viewers backed the BBC. Margaret Gerving, a great-grandmother from Swansea, said: “It was a damn sight less shit than Kung Fu Panda 3 on ITV3.”

The right and wrong times to have a Christmas wank 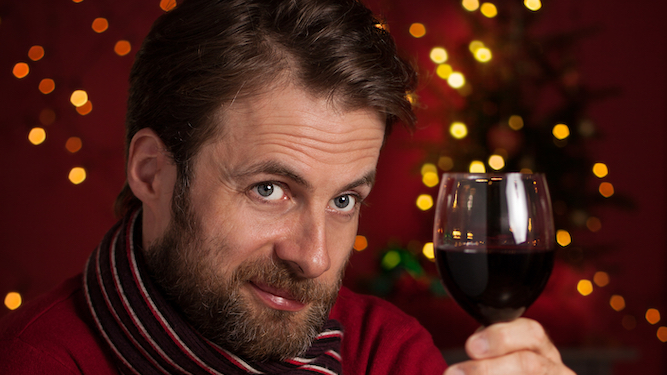 THE world doesn’t shut down for Christmas, and nor does your libido. But when are the best and worst times to have a festive one off the wrist?

It’s the most magical time of Christmas, wrapping presents, sipping sherry, Carols from King’s on TV, and you’re nipping off for a bout of self-pleasure? With a robin perched on a snowy branch outside chirruping Jingle Bells watching you? No. Simply no.

You’re bloated, sleepy and at the level of drunk that means any pause in drinking will hit you with an immediate hangover. Fumbling beneath your turkey-distended belly for your genitals will only end in disappointment, and possibly a climactic fart.

There are relatives round, and whenever there’s a loo free for a swift bout of Emilia-Clarke-in-Last–Christmas-based self-abuse, it’s been recently occupied by someone laying the richest, most festively-fragranced turd of their whole year. You could pass out or die.

There’s piss-all going on and everyone’s absorbed in their presents or watching telly or napping anyway, so you’re wanking in a winter wonderland. Really make a pig of yourself, like with the Belgian truffles and bowls of crisps. Five a day’s not too many.

Not being bent over the bed and railed hard by the dude of your dreams on NYE means your year’s been a failure. Lying there strumming away imagining it only compounds that failure. Get out there and get laid, tonight of all nights.

Start as you mean to go on. Wanking.