Six children's TV shows still troubling you to this day

UNLIKE the slick shows of today, the children’s TV of decades past was made by crazed surrealists on micro-budgets. Which is why these shows still keep you awake at night:

No, not the guy from the Saw films. Something far more terrifying: Mr Noseybonk, with his white mask and giant, phallic nose, intended to be fun and wacky, universally understood as malevolent and evil. Amid the show’s nightmarish dreamscapes and a talking jigsaw piece was Janet Ellis, giving every male viewer their first taste of doomed, unrequited love.

In a supernatural rural dystopia, Worzel Gummidge was a scarecrow who kept interchangable heads in a barrel, possibly just his own but it was never confirmed. An Aunt Sally doll was his lifeless love interest. As portrayals of the countryside go, it made Deliverance look like Countryfile.

Or more accurately The F**king Terrifying Castle. Children trapped inside the belly of a stone dinosaur, Guy Fawkes-style dummies with blank, menacing, paper faces coming to life – such is the stuff of happy childhood memories.

Another puzzle show, this time with all the fun of a cryptic crossword combined with sudoku. No child could work out the value of the ‘drogna’ currency, and the many variations on the word ‘dragon’ introduced you to the abject tedium of anagrams. Featured celebrities played themselves entirely straight, causing lifelong trauma when Derek Griffiths was vaporised by the Vortex.

Many people assume they dreamt this. You did not. It featured grotesque uncanny valley puppets doing largely tedious things in a castle. With a few tweaks it could easily have been turned into a horror movie about evil marionettes.

These deeply racist caricatures of Northerners appeared to live in bombed-out Dresden. The fact that they were essentially a head on legs with no real torso was disturbing, as were their cold, dead eyes, like those of sharks.

'Like Brexit but good': the European Super League shitstorm explained to non-fans 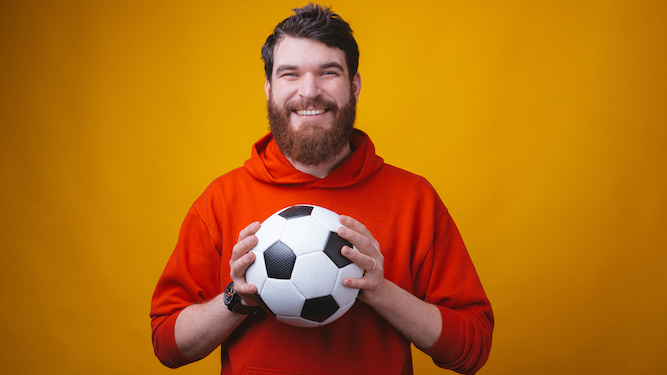 Basically this is a story of the plucky man on the street standing up to greedy Europeans and taking back control. Remind you of anything?

Now our cherished national institution is free to be presided over by a government that apparently cares about it all of a sudden, and it can carry on being corrupt in ways that have been conveniently overlooked for ages.

The crucial difference though, and I can’t stress this enough, is that everybody is universally happy about English teams leaving the European Super League. Whereas with the other thing, well, you know.

In this case, English clubs genuinely are the envy of the world and sticking together will actually help all the other teams in the country, which I know sounds very like all those claims that were made over the last few years but this time it’s true.

And yes, the decision was largely made by foreign billionaires but this time it’s all the Americans who claim to love free enterprise who were wrong and the oil states and Russian oligarchs are on the right side. Sort of. For the moment.

So if you’re a Remainer, I’m afraid you’ll have to accept that in this particular case, the working-classes bitterly opposed to foreign influence who’ve risen up in a populist revolution are the good guys.

And if you’re a Brexiter? Uncomplicated celebration of your footballing independence day! Boris was right! Hooray for England!