ARE you a bit of a coward, or perhaps just fond of your home comforts? Here’s how some classic films would have turned out badly if the protagonist had been you.

What if you couldn’t be arsed to defeat the Empire and fulfil your destiny? It looks pretty dangerous and you’re placing a lot of faith in what a strange old man says. Probably best to stay on Tatooine, put your energies into making the moisture farm a success, maybe shag Camie and satisfy your need for adventure with luxury space holidays.

Your conformist nature and urge to suck up to authority figures means you hand ET over to the government immediately. End of film, apart from you proudly telling all your little friends: ‘I captured the alien! The one they’re dissecting in a laboratory!’

Clowns don’t scare you because it’s a thing twats pretend to be afraid of to get attention. In fact you don’t have any visually interesting deep-seated fears, like spiders or zombies. Being chased around by a GCSE maths exam paper you haven’t revised for enough would be a pretty dull film.

By 1943 Germany had effectively lost the war, and the chances of escaping from Stalag Luft were pretty much nil. Real POWs accepted the reality of the situation, and you’d have been shit-scared of suffocating in a tunnel or being shot, so your personal story would have been The Great Waiting It Out. Plus the banter and homebrewing in the camp looked fun.

Leonardo DiCaprio’s character shows superhuman determination in his battle to survive. You’ve been putting off going for a jog for five weeks. Easiest to stay in your makeshift icy grave, let the numbness take over and save yourself a lot of faff.

Actually one thing does irrationally scare you: sharks. Who invented these dead-eyed, nightmare tooth monsters? There’s no way you’d be going to sea with an obvious lunatic to look for one when you think a great white might be stalking you from below in the local leisure centre swimming pool.

Getting pregnant the best way to humblebrag about having sex 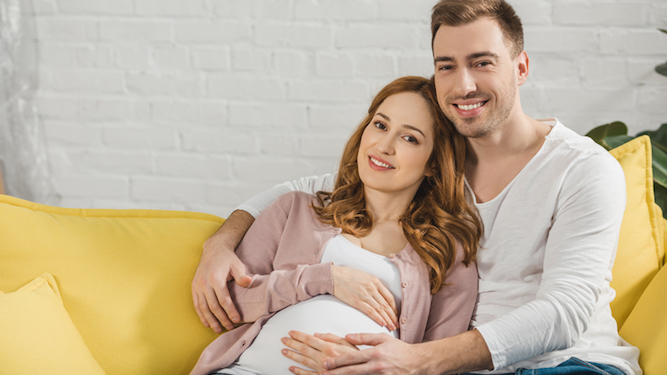 HAVING a child is the best way of letting people know you had sex fairly recently using faux modesty, it has been confirmed.

Getting pregnant enables you to subliminally announce you have had intercourse because the associated discomfort and pain stops it sounding as if you are showing off, according to mums-to-be and their partners.

Expectant mum Susan Traherne said: “People can’t miss my massive baby bump. And when they clock it a little voice in their head says, ‘Someone blew their beans up her fanny a few months ago.’

“I try to play down my sexual success by talking about how the baby’s coming along and whether it’s kicking yet. But I just know they’re curious about which position I got fertilised in and wondering if it took multiple, sweaty attempts to conceive. So I tell them. Repeatedly.

Friend Wayne Hayes said: “As with most things, it’s so much easier for women to humblebrag about having sex. Meanwhile us blokes have to complain about how empty our balls are, which is nowhere near as subtle.”