Six Hollywood stars and the shit songs they've inflicted on us

WHEN you’ve reached a certain level of Hollywood fame, you can do whatever you want. Especially if it’s churn out shit music and have it professionally released:

Johnny Depp – This is a Song for Miss Hedy Lamarr

People enjoy music they can relate to. And what could be more relatable than a 59-year-old cokehead writing a navel-gazing ballad about his acrimonious divorce, cloaked under fake concern for a former star? With septugenarian Jeff Beck to share the blame?

Extremely successful actor who you’ll recognise while saying, ‘Oh yeah, what’s his name again?’ Though his face is less forgettable than this shite ballad. The video, which as befits a movie star wanting attention for his music is largely of an old record player, leaves you convinced that Renner would like to f**k vinyl.

Macauley Culkin – Take A Bite of the Wild Slice

It’s not easy being a child star. You spend the rest of your life aimless and rich, which is why the man who will forever be remembered as an eight-year-old formed a band called The Pizza Underground doing Velvet Underground songs with lyrics about pizza. Fun for him. Booed off stage in Nottingham.

Recording an album of Tom Waits covers and being so hot it gets actually released is a perk of fame. Including a song that you and your mate have recorded, which is dedicated to you, on an album full of songs by a Hall of Fame songwriter? Rampant egotism that only the world-class superhot could get away with.

Shatnet’s been so balls-deep in boredom and irony for decades now that it remains a mystery whether his spoken-word versions of popular songs are a grand prank or serious. Either way, actually listening to any of it is an utterly brutal experience.

Six footwear options for your gross repellent feet in a heatwave 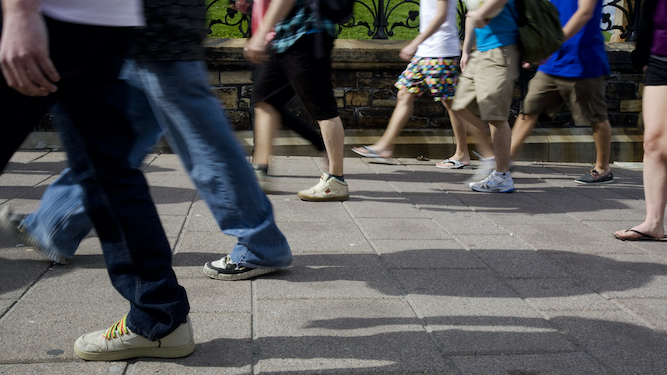 SUMMER is here, shoes are unwearably hot and you’re searching for other options. Treat your repugnant feet to these:

Willing to lacerate the very feet you walk upon? Slip on a pair of lovely strappy sandals. Every step is a double-edged blister generator and your toes will soon be as red as your nail varnish. For extra discomfort, simply add a heel.

Your feet will thank you for your comfy choice, as will your fungal infections which will thrive in the sweaty microclimate you’re creating. To more swiftly turn them into a bioweapon omit socks; within a fortnight the smell will be so bad you’ll have to keep them in the garden at night.

Like to clippity-clop down the street like a horse, taking your yellow toenails on a cavalry parade? Then why not wear flip-flops? In your head you’re on a white sand beach, while everyone around you will also fantasise about their happy place to block out your blackened, peeling feet like those of a city pigeon.

They already make you look like a twat in the winter months, so in summer up the posh-dickwad factor tenfold by wearing them without socks. A footwear option which hints you own a boat or at the very least a Brompton.

Summer classics with rope-covered heels look so much fun! Until you’ve walked four paces in them and realise it’d be easier to join the circus and walk around on actual stilts. The closed-toe variants will spare you taming your buzzard’s talons.

You’ve worn chunky, lace-up, Dr. Martens every single day of the year, so why feel obliged to change just because the season has? By mid-afternoon you’ll be squelching around in two mini-mangrove swamps and sweat will squirt from the eighteen holes with each step. But what a relief they’ll be to take off.