Six iconic band names you'd never get away with today

IMAGINE the shitstorm if you tried calling your band Foreigner right now. Here are some that were acceptable at the time, but probably not anymore…

Naming your group after a nickname for female Jewish sex slaves in concentration camps apparently didn’t make Ian Curtis and co think ‘Is this a tad tasteless?’ Later changed their name to New Order which is better but still a bit Nazi.

A slightly baffling choice even back then, but completely unacceptable in today’s climate of xenophobia. It did open the door for that tired old joke about them ‘coming over here demanding to know what love is’ though, so it wasn’t all bad. Apart from the tedious AOR dirges they churned out, obviously.

A blatant, if disputed, reference to the volume of love custard deposited during a male orgasm. Ditto Pearl Jam. And The Loving Spoonful. Jesus, these musicians are obsessed with how much spunk they can produce, raising the suspicion that they’re all impotent.

Today you’d get called out for body shaming as surely as if you’d called your DJ outfit ‘Bouncy Fat Girl’. Referring to people by their body mass index is a complete no-no, unless it’s your mum, who will loudly blurt out ‘She’s a chubby little thing isn’t she? She’ll never get a boyfriend’ during a school nativity play as you pray everyone around you briefly went deaf.

NWA’s moniker was hard to justify even in the 80s, but they were always complaining about harassment after making musical death threats to the police and the general population of Compton, so maybe logic wasn’t their strong suit. Still, people were strangely unbothered; you could get a ‘Swiggers With Attitude’ paper beer cup at Glastonbury.

Choosing to name yourselves after slang for bisexuality is somewhat incongruous in the pretend-macho world of heavy metal, with its Iron Maidens and Def Leppards. They could have been paying homage to both alternating and direct currents, but it’d be weapons-grade nerdy. Then again, they’re Australian, so anything is possible. 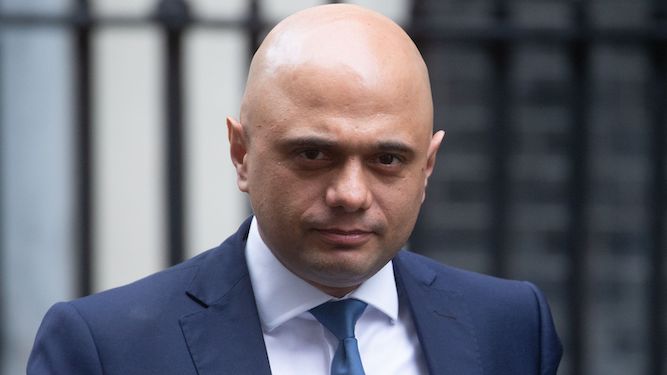 SAJID Javid has said Britons should ‘snog who they wish’ under the mistletoe this Christmas. Here the health secretary explains how he’s snogged loads of girls, honest.

Bus stops, your dad’s garden shed and the building site on the way home from school are all romantic snogging locations. The local park is best, though, because you can do it behind a tree then go to the skateboard area and tell all your mates about it.

Carry a piece of mistletoe around with you

At Christmas you can pull it out and snog a girl wherever you are. It’s dead clever and no one has ever thought of it before.

Impress girls with your trainers

Pester your mum to buy you the most expensive ones even if she pretends she can’t afford them.

Practise snogging on your hand or a pillow. Obviously I don’t just do it like that, I’m always snogging real girls. I snogged an older woman once. She was 20 but you don’t know her because it was on a caravan holiday with my parents.

When you’re snogging you can only hold your breath for so long. Come up for air now and then or you’ll get brain damage. That’s what Gavin Jones says anyway.

Be ready to ‘go all the way’