Six incredibly dodgy songs that could never be hits today

SUMMER means hearing Mungo Jerry’s hit In the Summertime, recommending a lovely drunken 125mph drive. Which other hits of the past would have issues today?

Obscure blues track where the schoolgirl is being greeted in exactly the lustful way you’d hoped she wouldn’t be. The creepiest version by The Grateful Dead offers to ‘put a tiger in your sweet little tank’, combining the twin 70s motifs of Esso and paedos.

Got relationship problems? Shoot your partner. Don’t bother with counselling or reflecting on whether your own behaviour caused your wife to have an affair. In the Hendrix version, Joe gets his comeuppance in a way, as he has to move to Mexico and moving house is one of the most stressful things you can do.

Spice Up Your Life, The Spice Girls

It doesn’t seem that long ago, but the lyric ‘yellow man in Timbuktu’ wouldn’t get played on the radio today. Except it does, fairly frequently as one of a massive band’s less awful songs, and nobody mentions it because come on, it’s hardly Guns ’N’ Roses.

More about Ozzy’s addiction problems – including some bollocks about the Reaper, because it’s metal – than actually killing yourself. Nonetheless, presenting suicide as a solution seems unwise with a teenage fanbase. It’s like writing a song called Self-harm Will Get Their Attention.

Run For Your Life, The Beatles

‘I’d rather see you dead, little girl, than to be with another man,’ said these loveable moptops. Probably more the result of John Lennon’s knack for a punchy lyric than anything else. However, murder threats aside, it does patronise women horribly.

Nice Legs Shame About the Face, The Monks

This 1979 hit has a twist – the woman says exactly the same thing back to the sexist guy. Clever. But in the dark days of the 1970s, blokes in pubs definitely were more into repeating the insult loads than savouring the unexpected ending. 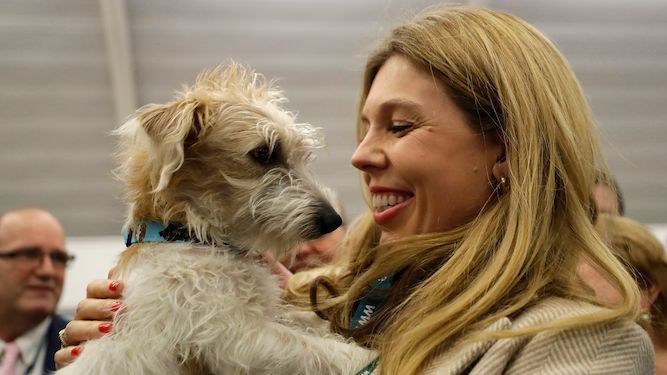 THE UK is uniformly delighted that after years of not doing this American White House First Lady bollocks, we now apparently are.

Claims that newlywed Carrie Johnson will be representing the UK as First Lady at the G7 summit next week have thrilled Britons who are huge fans of easily the most bullshit part of American politics, which is saying something.

“I did think British politics was all the worse for not endlessly speculating on the deeper meaning of a wife’s fashion choices and never pitting rival women’s cookie recipes against each other. It’s what we were missing.

“What happened to the old tradition of prime minister’s spouses keeping out of it? All you knew about Theresa May’s fella was he emptied the bins and that seemed more than enough.

“Yeah Cherie Blair was in the news but only because she bugged us. Otherwise spouses followed the classic Denis Thatcher model of doorstep support and discreet daytime drinking.

“What’s Carrie’s role? Showing the other wives around Cornwall? Wonderful. Six bottles of prosecco in and it’ll be the WAGs in Baden-Baden all over again.”