RIGHT-WINGERS have their sights set on getting rid of the BBC in its current form. But do their arguments stand up to scrutiny?

The BBC is too left-wing

So long as you forget about Andrew Neil, John Humphrys, Nigel Farage and the entire Question Time audience every week, plus others. They are all cancelled out anyway by the occasional gay alien on Doctor Who.

An idiotic decision. The 1970s sitcom set in World War 2 had loads of life left in it. They probably axed it to make room for a sitcom about a one-legged lesbian living with a transgender whale. That one no one has ever seen.

Netflix does stuff that’s ‘current’, like documentaries about a bloke in Iowa who poisoned 900 people in 1993, but he didn’t do it and it’s only just come to light. You’d be woefully ignorant of that if you only watched Newsnight.

David Attenborough, Strictly Come Dancing, Mock the Week, the news, Killing Eve – yep, BBC stormtroopers have to kick in people’s doors and make them watch those things at gunpoint.

Yes. Anyone with any sense would prefer to watch old repeats of QI on a £29.99 a month Sky package than pay through the nose for the licence fee.

I’m sick of people banging on about Fleabag. 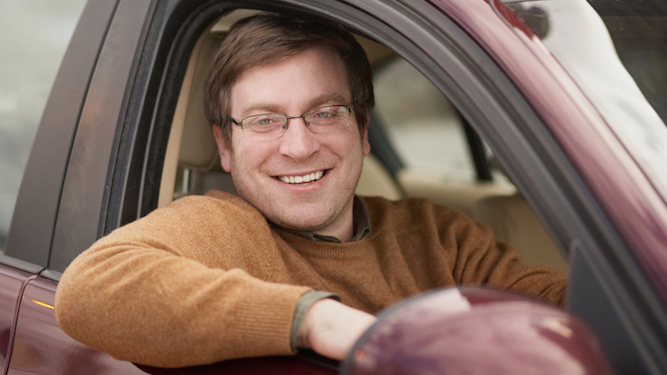 Flying in the face of both common sense and basic maths, Tom Logan genuinely believes the trip made him an impressive saving.

He said: “I’ve found a way to beat the system. I can’t tell you the sense of satisfaction it gives me to know I’m outsmarting everyone.

“When I think of the mugs who pull into a service station just because it happens to be on the way to where they’re going I feel sorry for them. But also superior.”

When challenged about the extra petrol costs of the detour, Logan said: “It’s a question of principle. The important thing is that I’m not being ripped off. Convenience isn’t the key thing here.”

Logan’s wife Sarah said: “Convenience absolutely is the key thing here. And money. I’ve tried to explain but he seems to think he’s a modern-day highwayman in a Toyota Corolla.”

Logan added: “The feeling I get if I find myself driving past the cheap place anyway is the biggest high of my life.”