Six movie villains who we judged too harshly

AS the Cruella de Vil origin story hits the big screen, here are some other film villains who were misjudged rather than evil:

Surrounded by boisterous seven year-olds without recourse to iPhones or episodes of Teen Titans Go!, who wouldn’t turn to booze and staggering around in a feather boa? Also, an unrecognised trailblazer of the small-batch artisan gin industry.

The Wicked Queen from Snow White

Tormented by a mirror and confronted constantly with a society that only values younger women, the Wicked Queen just needed a few cheerful girlfriends and a gung-ho webinar about dealing with the menopause.

The Joker from Batman

Nowadays if you’re bad at applying make-up, you have YouTube. The Joker didn’t have a Kardashian role model, or know anything about contouring. No wonder he wanted to watch the world burn.

Struggling with chronic pain and respiratory illness while trying to hold down a job as chief enforcer for the Galactic Empire would make anyone want to telekinetically choke their annoying colleagues. Darth Vader deserves sympathy, not judgement.

Dealing with the endless bleating of privileged youth at a posh boarding school is enough to drive anyone to distraction, but imagine doing it while your soul is scattered across eight different locations. It would be like being a teacher after a very heavy weekend.

An early adopter of the sophisticated food/wine pairing, was Lecter really that different to Heston Blumenthal? OK, there was the murdering and sadism, but he was probably just annoyed that Waitrose hadn’t given him his own food range. 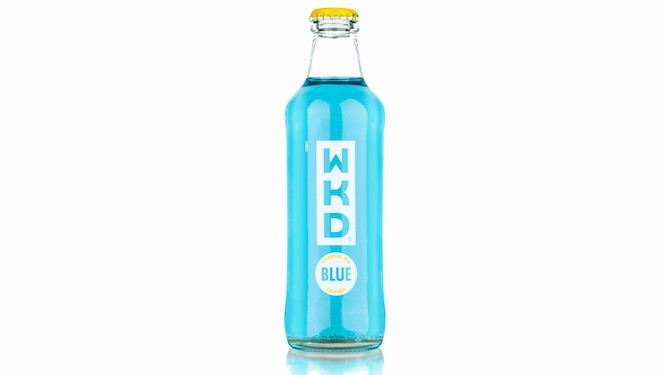 WANT to impress people with your sophisticated tastes? Make sure you don’t order any of these immature drinks:

Once the fuel of every youthful night out, as soon as you’re in your mid-20s Jagerbombs become a lethal poison that makes you feel like you’re having a panic attack. Don’t attempt to kid yourself and others you’re still young enough to handle that harrowing amount of caffeine and alcohol.

The only acceptable to way to consume Strongbow is from a can in a field when you are 16. This also applies to any cider that contains berries which are designed to make it palatable. If you want to be a grown up, you have to put up with the pissy taste of real booze.

WKDs are the bike stabilisers of drinking: you’re allowed them as a beginner but must ditch them as soon as you’ve had enough practice in getting shitfaced. Ordering a bottle of luminous blue, sickeningly sweet liquid makes you look like you’d be more comfortable in a Wacky Warehouse than down the pub.

Rosé is wine for people who don’t like the taste of wine, so it’s perfect for those who would rather be drinking a can of Fanta. If you can’t cope with a complex red or a dry white, both of which will give you soul-destroying hangovers the next day, you shouldn’t be drinking at all.

Baileys gets a special dispensation at Christmas, but for the rest of the year it shouldn’t be touched by anyone over 25. Although all adults would secretly like to be getting pissed on warming, chocolatey syrup rather than endless pints of nasty, tasteless lager, they will never, ever admit it.