WANT to make your garden the envy of your neighbours with fun features and activities? Here are some suggestions that are guaranteed to end up as landfill.

A plastic sheet you unroll on the lawn and connect to a hose is great for children who weigh very little. Several friction burns and bruised ribs later you’ll be saying it’s a dangerous product, rather than admitting that hurling a heavy, unfit adult male – ie. you –  onto it at a sprint is actually quite stupid.

Keeps the sun off, but this grey plastic eyesore looks every bit as cheap as it was. With the sides down it’s like sitting in a tiny, flimsy warehouse. Perhaps you shouldn’t have developed a detailed fantasy of sipping G&Ts and having witty, flirtatious conversations with pretty Edwardian ladies in a gazebo in the gardens of your imaginary stately home.

Very relaxing, and the aquatic life will be educational for the kids. Until you realise you know f**k all about ponds and should have installed a water pump. Now you’ve got an evil-smelling vat of murky water, and the kids shriek with terror not delight as they discover a decomposing frog floating dead-eyed among the algae, like a horror version of The Wind in the Willows.

Not as naff as giant chess, but the novelty soon wears off and they’re just sitting there like an unsightly pile of wooden house bricks. You could try using them to light the barbecue, but the varnish might be toxic. Looks like you’re having a very expensive bonfire this year.

The most frustrating activity known to man. The smallest bump in your lawn will send the ball off in a random direction. You’ve had a good game if just one of them edges through a hoop. During croquet’s many appearances in period dramas, the characters should be saying: ‘I must confess to a certain fondness for Miss Charlotte GO THROUGH THE F**KING HOOP YOU F**KER!’

Totally harmless fun, right? Now spend hours comforting sobbing children who’ve been smacked in the face repeatedly by an evil sibling. Or an over-competitive, super-fit friend comes over for drinks and gives you a surprisingly vicious and humiliating battering. Off to the shed they go, never to be spoken of again.

I'm backing Mordaunt and it's nothing to do with breasts, says Tory voter 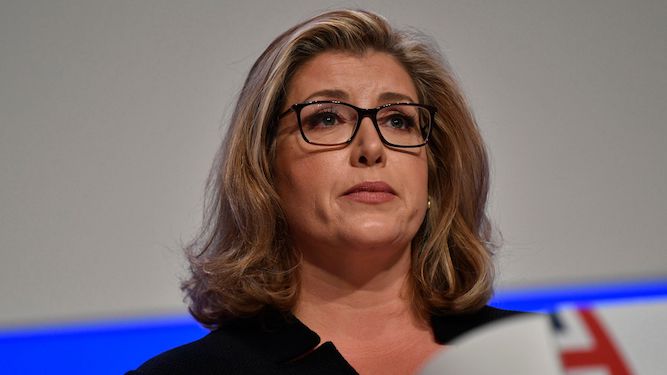 A CONSERVATIVE party member has pledged to vote for Penny Mordaunt as next leader, for reasons entirely unrelated to mammary glands.

Steele said: “My vote will be based entirely on her policies, whatever they are. I must admit I was a bit distracted when she made her speech.

“After the sordid Johnson years, the party needs a strong woman to stand up at the despatch box so I can gaze at her boobs during PMQs. I mean, put Labour back in their place.

“The wife likes Rishi because he’s a good looking lad, but you can’t vote for someone based on their attractiveness. My admiration for Mourdant is completely due to her impressive military record and not my feverish imaginations of seeing her in a lacy bra.”

Steele’s wife Margaret said: “While Norman’s obsession with breasts is tiresome, I can’t be angry with him for fancying Penny Mourdant.

“All the candidates are going to promise to fix the economy and tackle the cost of living, and ultimately end up doing neither, so voting for someone because you like their tits seems as good a reason as any.”