IN the past there was no CGI and actors were off their faces on booze and drugs, meaning animals had to step up and star in these classics:

AnAmerican show starring a talking horse and his owner Wilbur. The duo formed a comedy partnership with Mister Ed lip-syncing to a voiceover and only audible to Wilbur, a situation understood by modern-day middle-class princesses and their ponies.

A Rough Collie hangs around with kids who have lost all sense of risk and consequently stumble down wells on a weekly basis. Lassie then goes and wearily barks at an adult ‘The dumbshit’s hanging off the edge of a f**king cliff again’ to an adult, who repeats a censored version out loud.

A bottle-nosed dolphin who acted as a hairless, clicky, wet Lassie, perpetually saving his young friend and acting as emergency services for a US marine park. Billed as the King of the Sea but would have been seriously f**ked up if the emergency had ever been a killer whale.

A third iteration of the same idea, this time with a kangaroo supposedly giving a shit about children stumbling into the deadly hazards littering the Australian outback. Kangaroos make little sound, so Skippy communicated a child’s location, the type and severity of his injuries and which venomous snake was approaching by smacking his lips.

A lion that couldn’t talk to humans but had ophthalmic issues. Rode in a jeep frequently. Miraculously the show was cancelled because of low ratings, not because Clarence killed a junior co-star.

The breakout star of a BBC kids show in which actual rodents had adventures on jam-smeared boats and aeroplanes. Shown late at night in America, it made Hammy a cult star among weedhead freaks and got him his own spin-off. It’s reasonable to assume he met the most sordid possible end.

'No Tories', and other dating app prejudices which are entirely bloody reasonable 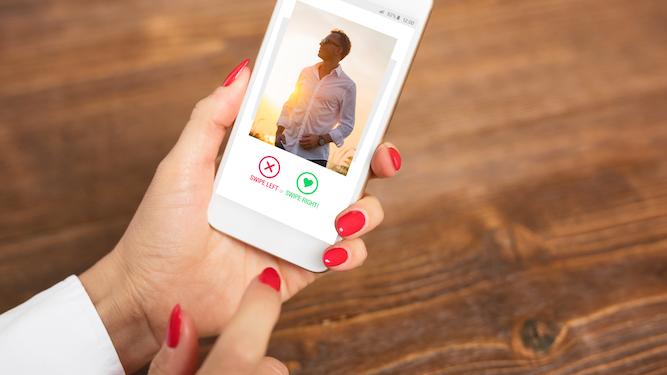 DATING on the internet? Find yourself confronted with other people’s red flags and take it personally? These dating prejudices are completely fair, actually:

Nothing says more about our moral code, way of life and personal attitudes than whether you vote Tory or Labour, so why the f**k do you think it doesn’t matter? If you’re a Conservative voter upset by the idea that your political opinions might affect your dating chances, simply imagine yourself dating a hardcore Maoist. Or a Lib Dem.

Whether or not you believe in the sanctity of marriage as an institution, a lover sneaking around behind their – let’s be honest – wife’s back is a logistical f**king nightmare. Being a cheating piece of shit is not a protected characteristic under human rights law.

Deciding whether you’re going to procreate is a massive personal decision, so berating someone either way when you firmly want or don’t want them is wasting everyone’s time and shags. Go find someone who, like you, is into the idea of either having a family or disposable income.

This policy applies to everyone who has a hobby that takes up 90 per cent of their time. Trying to date someone who’s out cycling 50km every Sunday when you’re hungover will never work. ‘Be gentle with me’ shouldn’t be followed with ‘because I badly chafed my thighs going up Burrington Combe’.

It’s great that, through the internet, you’ve discovered a like-minded community of freaks. It’s marvellous that you know so many people who like to shag dressed like soccer mascots that you call yourself ‘furries’ and feel normal. It’s liberating that you can be so honest about it so everyone else can stay the f**k away.

Sorry this happened to you, but if you want your first dance to be Thinking Out Loud go and find yourself another simpering moron and stop forcing your warped belief system on the rest of us.