SKINHEADS are ditching Fred Perry shirts, bomber jackets and heavy boots in favour of the daring but elegant lines of Parisian haute couture.

Across Britain hundreds of bull-necked, shaven-headed men with heads like angry thumbs have become instant fans of John Galliano’s innovative use of taffeta and Neo-Nazi tirades.

“But I just love the way John’s luxuriant fabrics billow around my shoulders when I’m kicking the fuck out of someone in an underpass.”

He added: “We’ve lined Fred Perry’s pockets for decades but all he ever did was knock a tennis ball around, which is not in itself particularly racist. In fact, it’s borderline gay.”

“I’ve actually had a lot of compliments from homosexuals, which is really very nice of them. Who knows, perhaps being introduced to cutting edge couture via John Galliano’s fascism could be the thing that finally opens my eyes and makes me realise we’re all one.

Meanwhile, fashion expert Stephen Malley said: “John Galliano’s fondness for Hitler seems to be based mainly on the gas chambers which, of course, were also used to kill thousands of gay men. Like John Galliano.

“Just because you live in Paris and can draw a fancy frock doesn’t mean you’re not a monstrous fucking cretin.”

Formula One is rubbish, admits Ecclestone 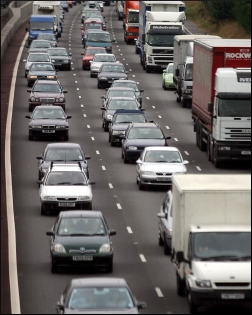 BERNIE Ecclestone has confessed that Formula One is bollocks and he’s sick of looking at it.

The world’s longest midlife crisis has spent the last 30 years somehow managing to convince people to gawp at a 200mph rollerskate that weighs less than your dinner and costs more than your house.

The deception has made him one of the world’s richest men under four foot tall and has been described by financial experts as ‘a sporting ponzi scheme with lots of big-titted blonde women milling around for no apparent reason’.

Now Ecclestone has finally admitted that Formula One is not so much a spectacle as it is an unremitting procession of eye-clawing dreariness enjoyed by people who need to have a right good fucking word with themselves.

He said: “Even if we make it rain spacehips onto the track every five minutes and tune the engines to sound like Kylie Minogue reaching a spectacular climax it’s still going to be like staring at a stretch of the M25 but with an even higher concentration of tedious men with too much money sitting in pointlessly expensive cars.

“You can carry on watching in the hope of a really good pile-up but you may as well watch Eastenders in the hope that Arthur comes out of his allotment shed with Dirty Den’s head on a stick.”

Earlier this year Ecclestone drew up a series of ideas to make the sport more exciting, including the use of agent provocateurs to provoke a revolution in Bahrain and then attempting to stage grand prix right in the middle of it.

But the plan was abandoned when a feasibility study showed motor racing was better at quelling unrest than a job-lot of tranquilser darts.

Ecclestone now hopes to spice up this year’s British grand prix by stopping it halfway through for a poetry reading by Sir Ian McKellen.