Some idiots only halfway through first season of The Wire

YEARS after it finished, some idiots are still struggling through the first season of The Wire. Season Two might as well be set on Mars

While normal people have moved onto Game of Thrones via Breaking Bad, new data shows over 12,000 Britons have barely made inroads into David Simon’s acclaimed series.

Nathan Muir, who runs the Soldier Of The Cultural Wars blog, said Six years ago I lent my neighbour Tom Booker The Wire box sets and said, ‘Watch these if you want to understand anything about anything.’

But he complains he can’t remember who’s who and that nothing seems to happen. ‘Why can’t it just be like Starsky and Hutch and Huggy Bear?’ he’s obviously thinking.

Booker, who is a hospital porter but moonlights as a minicab driver to afford childcare since his wife died, said: I should spend more time watching stimulating, long form programming.

But after a long shift at the hospital, plus four hours picking up fares then back home to spend some moments with my daughter, I find telly makes me sleepy. Short attention span, I guess.

Booker’s progress with the series was further delayed when he had to sell his DVD player to Cash Converters to afford nappies and groceries.

Muir said: What’s maddening is that The Wire is about how impossible life is for the have-nots. If Tom watched it, he could find out all about himself and his own life.

Do you realise how hard it is for me, not accidentally revealing spoilers when I’m haranguing him? I’m permanently walking on eggshells.

Jon Snow’s Can I Pork That? 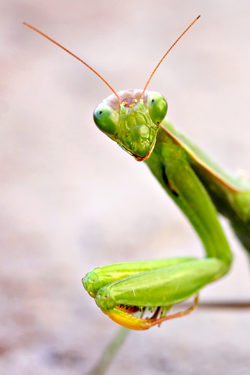 WHENEVER any object enters my field of vision my first thought is, can I have sex with it? I’ll admit my enthusiasm for physical love of all stripes has caused awkward situations over the years, not least when I chased Alex Ferguson round and round the C4 studio a la The Benny Hill Show.

Based on personal experience, here’s my expert advice on a few things you may be considering doing it with.

Those big eyes and sensual feelers say ‘yes’ but the sharp mandibles and armoured appendages say ‘no’. I definitely regretted this one, although on similar insect lines I did enjoy a great five-way with some locusts in Uganda.

The rectangularity of desks really turns me on. However like many items of furniture they can be frustratingly short on ‘access points’. You need one of those old school desks with an inkwell.

Angela exudes the distinctive musk of the alpha female. I’d describe her scent as fried peaches with overtones of the forest. And like a forest she is both alluring and fraught with hidden danger.

Mediocre framed watercolour of some labradors

My wife was like, ‘What the hell are you doing with that picture, we’ve got guests!’ I explained that I wasn’t into dogs, it was the texture of the canvas that got me all fizzed up. However she said I had to get a replacement, £400 gone just like that.

I call mine Renee. I clamber into her, and we are joined in mulchy union. Note: however many times you ask, Angela Merkel will not get into a compost bin with you, she’s just not into it and actually gets quite snarly if you persist.