'Straw Dogs' to be remade on ice

STRAW Dogs is to be resurrected as a family friendly Christmas ice show.

Sam Peckinpah’s notorious 1971 film starred Dustin Hoffman, Susan George, and one of the ones out of Porridge.

And the blonde woman out of Man About the House.

Producer Julian Cook said: “The story has enduring appeal. Boy meets girl, boy loses respect of unreconstructed Cornish male community, some other boys meet girl, then the first boy kills the other boys with a shotgun and a mantrap, which he has lying around the house for some reason.

He added: “We’ve tried to tease out some of the lighter side of the original. In our version, the gang-rape is largely – though not entirely – replaced with an exciting skate-off and the man trap is played by Christopher Biggins”

Cook could not confirm whether Straw Dogs on Ice was the most horribly disturbing thing you could pay to see as he did not know if Mamma Mia was still running. 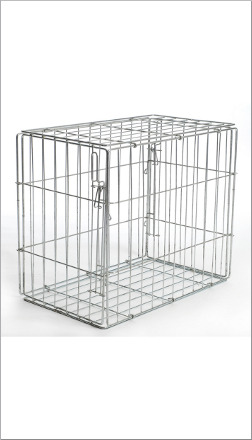 WAYNE Rooney may not return from his UEFA hearing today amid fears he will be kept in quarantine for six months.

The bulbous striker is expected to make gestures at the panel indicating his lunge at Montenegro’s Dzudovic was a reflex reaction caused by his opponent’s kneecap looking like a septuagenarian prostitute.

His lawyers are also hoping to fool the Swiss by inventing a British tradition of kicking somebody in an international match for good luck if your father has recently been arrested.

But Manchester United manager Sir Alex Ferguson said: “Apparently we don’t have the right kind of pet passport for him, so he could be kept in a little cage at Heathrow airport shouting obscenities at customs officers until June.

“Normally we lock him in the coach toilet when we’re driving through border controls.

“But hopefully he’ll get the all clear from a Swiss vet and I’ll have him back to do some ratting at my stables by the weekend.

“He’s allowed to eat what he kills.”

Meanwhile, the UEFA panel will decide how many games Rooney will be available to not score in for England next summer as well as revisiting claims that he is not even the correct species to be playing football.

Based on his performance in Basel last night, as Manchester United were knocked out of a Champion’s League group containing two pub teams and a post office queue, many now believe Rooney to be some kind of semi-animate root vegetable.