A SUPERMARKET chain has apologised after exposing its customers to a book that was not an action thriller or idiotic historical romance.

A warehouse mix-up led to Asda selling copies of Emile Zola’s classic 1885 novel Germinal alongside dire paperbacks with titles like Operation Code Zero and Megan from the Mill.

An Asda spokesman said: “Anyone who bought Zola’s gripping tale of injustice and danger in a 19th century French mining community can get a full refund or exchange it for the equivalent value of fish fingers or bleach.”

Office worker Tom Logan said: “I bought Germinal because I assumed it was about germ warfare, but there were no terrorists or special forces, just a load of French people from the olden days.

“This Zola guy isn’t a proper novelist like Tom Clancy or Andy McNab. He’s not even the footballer.”

Teaching assistant Mary Fisher said: “It’s set in the 19th Century but doesn’t have a beautiful, feisty heroine who grows up in poverty but becomes a successful businesswoman, so I found it quite unrealistic.

“Fortunately they let me change it for Whiny Vampire Love Triangle.”

‘No, I am not in the f**king garden,’ says home worker 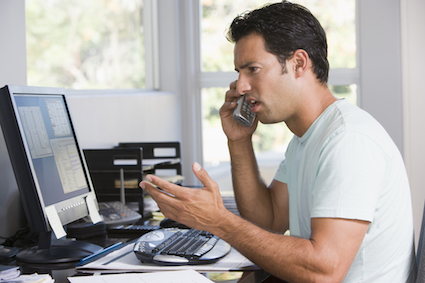 A MAN who works from home has reiterated for the eighth time today that he is not sitting in the garden.

Wayne Hayes, a video editor, has so far spent 40 per cent of each call explaining that he is working indoors and a further 25 per cent hearing how hot it is in the head office.

He said: “I have three monitors and a Mac Pro pumping out the heat of a three-bar fire, so moving my work outside would require a fork-lift.

“Nevertheless, my last call from those air-conditioned bastards began ‘Managed to reach the phone from your hammock, did you?’.”

Hayes added: “Yes, I’m in shorts. No, that does not mean my working day is a tropical paradise of cocktails in coconut shells and reggae music.

“Still, I suppose it makes a change from them asking if I’m still in my pyjamas. Arseholes.”