YOU are never going to read that book. You’ll just use it to balance your phone on while watching Squid Game. But what type of unreadable is it?

Anthology of literature from minority group

A searingly powerful and timely collection of short stories from under-represented voices that is genuinely excellent but you are currently using as a coaster. You’ll still be meaning to read it in 2026, by which time you’ll have eleven other similar books stacked on top of it.

The amazing book your friend loaned you

You haven’t made it past the contents page and you can’t WhatsApp her until you’ve read it, so you’ve effectively ended the friendship. Also the book is about finding serenity and happiness amongst the self-imposed chaos and destruction of your life, so what exactly did she mean by lending it to you?

Something self-published by your dad

Your dad claims that his thousand-page opus on warring 13th century Finnish tribes was ‘too intellectual’ for mainstream publishers to print, so he did it himself on Amazon. You are avoiding going round for Sunday lunch because he will want to discuss it in tedious detail and you don’t want to break his heart by telling him you just can’t be f**king arsed to read it.

Called something like ‘You Are Why Your Kids Are So Awful’, you bought it because you felt guilty about the mess you’re making of raising your children, but are too scared to read about all the ways in which you have already ruined their lives.  Chuck it in a cupboard along with your guilt and overwhelming sense of inadequacy.

Described on the back as ‘ultimately life-affirming’, it cost £19.99 and makes your heart sink when you look at it. Best placed downstairs within eyeshot of visiting friends, before eventually being given as a gift to someone you hate who will use it as a doorstop. 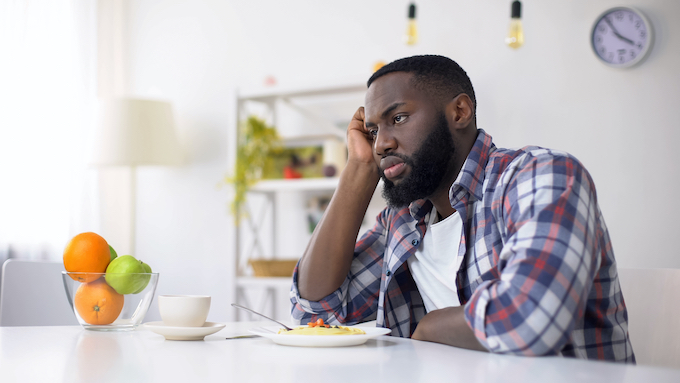 THE public has been exposed to so much bullshit over the last year that nobody is surprised by it anymore, experts have confirmed.

From the big mistakes made at the start of the pandemic to the poor handling of the fuel crisis, the majority of the British public are now so used to lies and stupidity that the entire country has become immune.

Professor Henry Brubaker of the Institute for Studies said: “The weary resignation that we’re completely f**ked as a nation is now so widespread that even a massive tax hike would fail to muster a grumble from most people.

“At this point Boris Johnson could break into your house, take a dump on your carpet and kick your cat, and you’d numbly accept it. In fact, the government’s approval rating would skyrocket.”

Voter Bill McKay said: “When the Tories swept to power I was worried we’d be overwhelmed with so much bullshit that we wouldn’t be able to cope. I should have trusted that this was their plan all along.

“Having been exposed to such an excess of incompetence that I don’t even notice it anymore, I can now go about my crap life without feeling like I need to topple the government.

“And if I do get a bit angry, I just remind myself it’s all Labour’s fault anyway.”