FROM 2000 to 2010 the UK was completely void of good musical talent. How else do you explain these chart-topping bands?

Briefly popular during the summer of 2007 thanks to their irritating earworm Worried About Ray, these days The Hoosiers have been relegated to the status of an obscure pub quiz answer. Even twatting about wearing superhero costumes in the video for Goodbye Mr A couldn’t secure them a cultural legacy, strangely enough.

These sweep-fringed, gentrified rockers dominated the airwaves in late 2005 with a series of vacuous hits that all sounded exactly the same. Besides being unlistenable, your main issue with The Feeling is that bassist and songwriter Richard Jones is married to Sophie Ellis-Bextor, who you would totally be with by now if it wasn’t for him.

Not quite a one-hit wonder, The Ting Tings achieved top ten success twice with a pair of excruciating singles that you’ve actively tried to erase from your memory. Since then they’ve gradually slid into irrelevance, with their fourth studio album The Black Light not even having a Wikipedia page. Probably because it’s absolutely terrible.

Pity the youth that grew up during the Noughties. Not only did they live in the shadow of 9/11 and struggle through a recession, one of their distractions during this bleak era was this piano-based pop rock band with an annoying name. Gen Z are right to look back on this time with a sneer of disdain.

This morose indie outfit somehow topped the album chart in 2005 with an album whose lead single was f**king Wires. Perhaps their depressing dirges were accepted as good music because they tapped into the miserable mood of the nation, which at the time was in the grip of an unpopular war and problematic Yorkie adverts.

Queen irritated by people who don't do anything 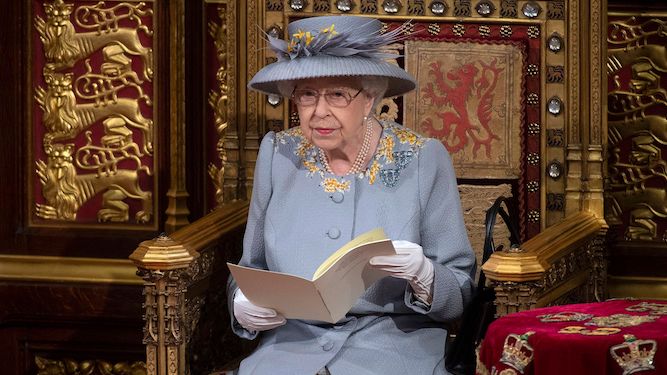 THE Queen has confessed being irritated by people who do nothing their whole lives but sit around giving well-meaning speeches.

Her Majesty was overheard at the opening of the Welsh Parliament saying ‘it’s really irritating that they talk but don’t do’ about the world elite who refuse to use their wealth and power to make a real difference.

She continued: “Some of these people. What have they ever done but talk?

“They’re the lucky ones. They’ve got everything they could need in this world. But to me that means they have a responsibility to make a real, physical difference to help those who aren’t so lucky.

“Even if it’s just leading by example, they can help. Wind farms on their Scottish estate, for example, or investing millions in renewables, or just showing that you don’t need so many castles.

“Of course they know they’ll be alright whatever. So they make pretty speeches and carry on as if nothing has changed. They’re so blind.”

She added: “Then again these green protesters take it too far. Like bloody Charles.”