STAR Wars: The Force Awakens reveals that Luke Skywalker and R2-D2 were working for the Sith all along.

Han Solo, blasted from behind by the traitorous droid, turns his broken body round to whisper “You…” before dying.

New droid BB-8 reveals he is Artoo’s illegitimate son, conceived after a massive robot piss-up in the Mos Eisley cantina.

Rey is Luke’s daughter, who lives with her mum and anally retentive stepdad/arch villain Kylo Ren in a giant floating weapon/housing estate called the Kill-de-sac.

Finn is a Jedi who was raised by Wedge Antilles before being kidnapped by a Jawa disguised as Yoda.

The Millennium Falcon is destroyed with Chewbacca inside. It’s just horrible.

In the final scene, Kylo Ren removes his mask to reveal he has huge, googly eyes. 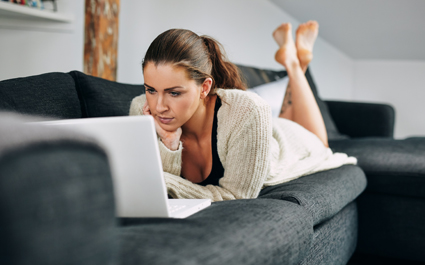 A WOMAN who works from home has found a great article on the internet about how to stop procrastinating.

Graphic designer Nikki Hollis was finally getting around to doing some proper work at 11.34am when she stumbled on the piece titled ‘Ten Ways to Avoid Procrastinating’.

Hollis said: “I find it really hard to knuckle down, and often get sidetracked by pointless articles about Shia LeBeouf doing weird stuff. So finding this online guide to not procrastinating was a godsend.

“You can tell the writer really put a lot of thought into it. Number four is ‘go and eat an orange’, because apparently Vitamin C helps concentration. That’s the sort of expert advice I need.

“My productivity is going to go through the roof once I have finished reading this, sent the link to all my friends, then had a fag in the garden to give my eyes a rest.”