The McConaissance gives way to the McAge of Enlightenment

THE reinvention of Matthew McConaughey’s acting career has entered a period of philosophic upheaval and rational, scientific debate.

Julian Cook, head of Matthew McConaughey at Roehampton University, said: “The McConaissance has been a time of great cultural and spiritual advance. We have seen the dark, primitive days of Failure to Launch and The Wedding Planner replaced by a far more watchable era in which Matthew mainly smokes fags and shoots people.

“However, after five years of filmography reformation and artistic progress, Matthew’s career is showing signs of a shift towards reason, empiricism and scientific rigour.”

Cook added: “Instead of looking moody and trying to win Oscars, Matthew is now beginning to question the fundamental nature of truth and the centrality of human freedom.”

McConaughey’s agent, Donna Sheridan, said: “This whole McAge of Enlightenment thing has been a massive ball-ache so far. I have been trying to get Matthew to sign on for Magic Mike 3, but he seems more interested in evoking a Cartesian shift between external authority and internal certainty.

“I’ll be glad when this period is finally dislodged by McRomanticism in a few years’ time. That way, I can get him back doing shit-but-lucrative rom-coms.” 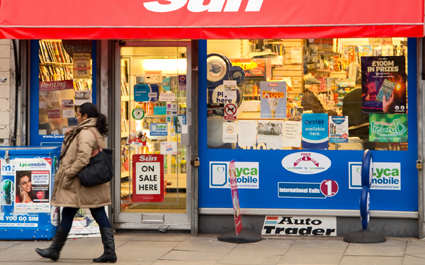 A LOCAL newsagent has an astounding array of pornographic magazines, it has emerged.

Despite having the outward appearance of a conventional news agency, Cheltenham-based R Hobbs News has four shelves devoted to pornography, more than half of its total magazine stock.

Visitors reported seeing all the commonplace pornographic magazines like Penthouse and Playboy alongside more obscure titles like Viking and ‘value selection packs’ containing three magazines in a plastic bag.

Pharmacist Emma Bradford said: “I’ve never seen anybody buy one, apparently there is an oldish man in a cowboy hat who comes down once a month and sweeps up the lot.”

Shop owner Roy Hobbs said: “All I care about is whether or not you are buying anything.