NEIL Young has triggered an exodus of talented musicians with integrity from Spotify, leaving these talentless twats to rake in a fortune:

So desperate to be heard they snuck an album onto your iPhone without permission, it’s not like their immaculate morals will take a hit by staying on Spotify. It’s the lesser of two evils in comparison, and if they left streaming they might just arrive in your bedroom at 3am playing One.

So long as there are still sheltered sixth formers who want to be identified with sex and drugs, there will be an audience for Red Hot Chili Peppers. Only a 17-year-old would listen to the conquest described in Apache Rose Peacock voluntarily. This steady audience and their many hundreds of millions should make the Chilis retire, but they never will.

A band that everyone supposedly hates that still sells out packed venues.  Having performed with Neil Young multiple times, they can now expect his fans to turn to them as a Stork-for-butter substitute. And with millions of new listeners streaming their back catalogue, they stand to make 12p.

If you’re looking to fill that Neil Young hole with an artist who was good in the 60s, sporadically good in the 70s and wilfully unlistenable thereafter, Bob’s waiting for you. He’s got whole albums of shit you’ve never heard and whole live albums of shit you have heard but would never recognise. You’ll barely know Neil’s gone.

Spotify still has millions of songs to listen to. The choice is paralyzing. But if you get into 70s prog rock each track, let alone their gatefold concept albums, drags on for so long that you’ll never have to worry about all the others. Hot new bands could have hit songs, hit albums, tour and split and you’ll still be listening to The Lamb Lies Down On Broadway.

Not currently a band but give it time. When their podcast fails to interest the world expect the Sussexes to release a barrage of albums in an attempt to see what sticks. All tracks will be written, performed and produced by Meghan, but if he’s lucky Harry will occasionally be allowed to click ‘publish’.

We must wait for the novelisation of the screenplay of the adaptation of the West End musical of the Sue Gray report, explains government 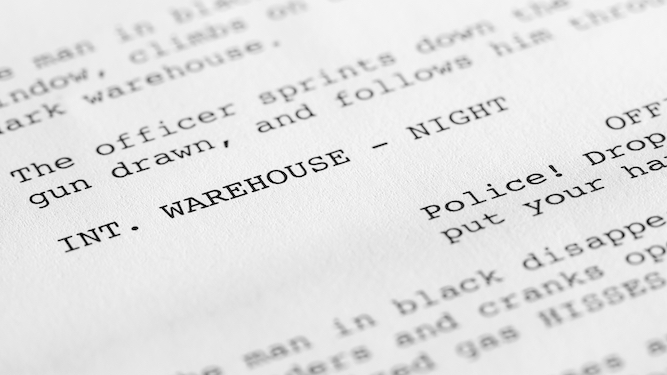 THE government has confirmed that the Sue Gray report cannot be released until the novelisation of the movie of the adaptation of the stage musical is complete.

The heavily-redacted report is expected to reach Downing Street shortly, but insiders claim that for the public’s own good it must remain under wraps until production begins on the movie version.

Nadine Dorries, the Salacious Crumb of the cabinet, said: “I’ve seen the original material. It’s dry. With the anticipation that’s out there if we release this it’ll be a total flop.

“So we’ve called in screenwriters to punch it up, really create a throughline and fix the third act, and then we’ll go to Hollywood and make deals. I’m thinking Owen Wilson as Boris, Jamie Lee Curtis as me?

“While principal photography’s going on we’ll cast and rehearse the musical, then I’ll write the novelisation with material not in the movie or the show, and then we’ll release them all simultaneously and the public will realise the parties were no big deal.

“When will they come out? Well, movies take time. Look how long it’s been between Avatar and the sequels. But definitely before 2030.”

Former Tory voter Tom Logan said: “You go ahead. Take as long as you like. Much as you might want it to, my fury at your selfish twat behaviour isn’t going anywhere.”