The Snowman sequel is about a boy and a puddle

THE sequel to Raymond Briggs’ The Snowman follows a boy’s increasingly desperate attempts to have adventures with a puddle.

The Puddle begins the day after The Snowman, as the slushy remains of the title character dissolve into a small pool of greyish water.

The snowman’s companion, a lonely boy in pyjamas, remains crouched by the puddle, waiting in vain for it to come alive so they can visit magical places.

When the boy finally returns home carrying a slipper full of water and describes it as his best friend, his parents have him sectioned.

The second half of the story follows the boy’s unsuccessful attempts to convince doctors of his sanity while simultaneously insisting he flew through the night sky to visit a snowman’s ball.

Raymond Briggs said: “Everyone remembers The Snowman as this incredibly sweet tale but actually it’s about a sad, isolated little boy who meets an incredible friend that promptly dies.

“But that’s just how life is. Especially if you’re a children’s book author, the third most screwed-up demographic after stand up comedians and crime writers. 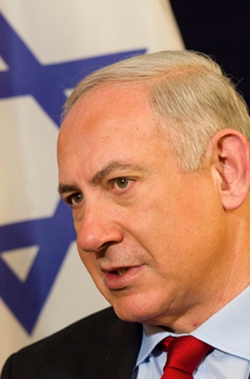 THE conflict between Israel and Hamas can be resolved as long as both sides keep doing the same thing over and over again, it has been claimed.

The Gaza and Tel Aviv governments both explained how logic dictated that continually firing bombs at each other would at some point result in a totally different outcome.

“In fact, we think it is only a matter of weeks before the Israelis thank us and invite us to marry their lovely daughters.”

An Israeli government spokesman said: “Surely the laws of nature mean that at some point Hamas will realise how fantastic our air strikes really are and want to be our friends?

“Or is there something about blowing people to smithereens that we just don’t get? It seems unlikely.”

He added: “We spent a lot of money on these bombs. Are you saying they’re defective?”

Meanwhile, UN secretary general Ban Ki-moon called for a ceasefire adding: “If I suspect for one second that you pair of bastards are actually enjoying this you’ll have to answer to the General Assembly of the United Nations.

“Don’t mess with the bull, young man. You’ll get the horns.”