Time traveller warns against getting rid of BBC

A TIME traveller from the future has warned that closing down the BBC may not be a good idea.

Although future-soldier Emma Bradford is on a mission to hunt down a time-travelling cyborg from the year 2050, she took time out to warn that television will become even worse without the BBC.

Major Bradford said: ”In 2023 the government gets rid of the licence fee after pressure from Rupert Murdoch, who is now just a brain in a jar plugged directly into Twitter.

”The result is that all BBC output stops completely, leaving viewers in a nightmarish dystopia where they can only watch cable and satellite toss.

“By 2050, Sky 1 only shows repeats of Stargate SG-1 and The Simpsons, meaning that people with Sky have seen every episode more than 2,500 times.

”The other channels are worse. Without new BBC panel shows, Dave channel just broadcasts a loop of old QI, despite Stephen Fry and Alan Davies having been dead for many, many years.

”There are no quality documentaries, either. In 2050 the Bafta for best factual series went to a Discovery Channel programme about whether implanting sharks with Hitlers DNA would have changed the outcome of the war.”

Being English only motivates for 45 minutes 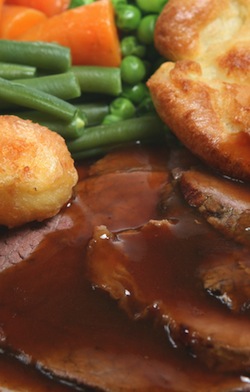 THE England football team has admitted that a fierce sense of national pride is only good for about three-quarters of an hour.

Players who took part in last nights thrilling 0-0 draw with Ukraine said they take to the pitch all fired up about Shakespeare, Churchill and Kate Moss but then run out patriotism towards the end of the first half.

Captain Steven Gerrard said: “At first we were keeping each other going with shouts of ‘Stephenson’s Rocket!’ ‘The abolition of slavery!’ ‘Isambard Kingdom Brunel!’

“But as half-time approached, we’re down to things like Fray Bentos pies, Homes Under the Hammer and the 24-hour Toby Carvery in Shenley Church End, Milton Kenyes.

“And by the second half, after Roys team talk about Last of the Summer Wine, out-of-town retail parks and Fishermans Friends, it was all we could do not to kick the ball into our own net.”

Professor Henry Brubaker, of the Institute for Studies, said: “Most of us are patriotic for a few minutes a year, at most, so we imagine that its more powerful than it is.

“The truth, as professional athletes have discovered, is that dwelling on England for any longer than that leads to thoughts of queuing behind a Transit van on the M6, of the wind whipping an empty Londis carrier bag through a multi-storey car park and winning an out-of-date tin of biscuits in a tombola.

“Greg Dyke is right – England must not win the World Cup.”