New iPhone can plant your fingerprints at murder scene

The device will leave prints and DNA at crime scenes if the owner has failed to meet Apples high standards for iPhone ownership.

The phone’s built-in JudgMe app collects data about its owners treatment of their iPhone, rates them on a moral scale developed by Apple and can condemn them to a lifetime behind bars.

Apple CEO Tim Cook, speaking at the launch event, said: “Were rightly known for our focus on the user experience, but all too frequently I see users who dont repay that trust.

I see cracked screens, scratched aluminium backs, and iPhone owners who talk openly about their interest in the Samsung Note 3 with their iPhone right there in front of them, hearing every hurtful, traitorous word.

Well, that ends today. The new iPhone, using your fingerprints, your DNA, and faking records of your movements and communications, can put you on the scene of a triple slaying so efficiently that even OJs defence team couldnt get you off.

Technology blogger Carolyn Ryan said: I downloaded a non-proprietary web browser and Google Maps to my new iPhone 5S, breaking my terms of service, and within 24 hours there was video of me kidnapping and executing my brother-in-law right there in the iCloud.

Cook, who concluded his presentation by breathing hard on a new iPhone and shattering its screen, seemed set to leave the stage when he turned to the audience and said: There is one more thing.

The crowd then cheered wildly as detectives arrived on stage to arrest him for the murder of Steve Jobs. 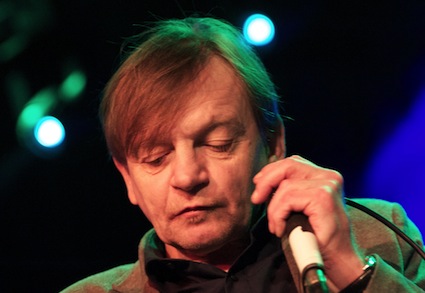 A 38 year-old father of two has acknowledged that he now prefers Radio 4 to post-punk.

Having initially loaded his iPhone with music from his youth, Wayne Hayes  admitted the only thing he had played on it for months was the Bruno Mars album.

Hayes said: “The Fall’s angular, aggressive guitars and Mark E Smith’s hectoring delivery were sacred to me in the 80s but now I have my actual life to show me that everything is hellish.

“Besides, I just bought the new Rod Stewart one and that has a Tom Waits cover on it, so my soul is not completely dead.”

The deletion of the Fall albums took place in a ceremony in Hayes’ garden shed, where his Butthole Surfers t-shirt was formally inducted as gardening wear.

Hayes also agreed to his wife’s demand that he sell his guitar on ebay and use the money to buy loft insulation.