THE latest Transformers sequel has somehow made enormous flying robots
seem like the dullest thing that has ever happened, it emerged last
night.

Experts are struggling to comprehend how Transformers 3D: Dark of the Moon, a film about skyscraper-sized humanoid machines battling over the fate of humanity while destroying massive amounts of property, could be so profoundly tedious.

Professor Henry Brubaker of the Institute for Studies said: “Michael Bay’s rendering of the Transformers franchise could force us to reassess our understanding of human psychology, specifically the maxim that large aggressive robots are inherently brilliant, a principle outlined in Carl Jung’s seminal work Giant Robots and Giant Sharks: Why You Cannot Not Like Them.

“In it he describes how giant battle robots stimulate the cerebrum in a similar way to pornography or cheese and onion crisps, triggering a large release of serotonin that overrides more complex thought processes.

“Yet despite this the new Transformers looks shit.”

He added: “In considering the paradoxical dullness of Transformers 3D: Dark of the Moon, we should perhaps begin by looking at the title.

“The phrase ‘dark of the moon’ makes virtually no sense, and suggests that it was going to be ‘dark side of the moon’ until about two days before the release date, when a studio executive’s son suddenly reminded him of the title of his third favourite Pink Floyd album.

“Secondly but not leastly, its human stars are an underpants mannequin whose name simply does not matter and Shia LaBeouf, who seems to be the bastard child of KD Lang and Tintin.”

Row erupts over Bono not being held offshore 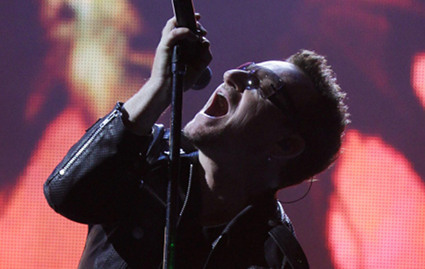