TV shows they wouldn't make nowadays, according to a gammon

BACK in the old days? That was proper telly mate. Everyone’s too afraid of the woke mafiarti to make shows like these anymore, and you should be hypothetically furious:

Till Death Us Do Part

Alf Garnett? Saying what people were thinking, but what’s clever is that the joke was on him. He had a lot to say about what made Britain great, namely West Ham and women knowing their place, but they took the piss out of him so subtly half the audience didn’t even notice. Today they’d add a ‘trigger warning’ saying these views are ‘deeply bigoted’. Cowards.

A TV show poking fun at do-gooder hippies? The BBC wouldn’t dare offend their core demographic by making a show like this today. They’d probably rewrite it to be about Jeremy Corbyn and Greta Thunberg living together on an allotment ‘saving the world’ by selling blueberry jam. Disgusting.

Cilla Black would be rolling in her grave at today’s dating shows. The LGBTQ brigade would ride roughshod over this classic heterosexual matchmaking format, transforming it into a perversity like the sickening Naked Attraction where I accidentally saw a man’s tadger.

Leftie snowflakes would be up in arms about health and safety in Gladiators, where contestants were put in genuine life-threatening danger week to week. And if they did, feminists would no doubt moan that Jet’s outfits were too skimpy, while having nothing to say about the outrageous bulge in Wolf’s leotard. The hypocrisy would be staggering and I’m furious just imagining it. 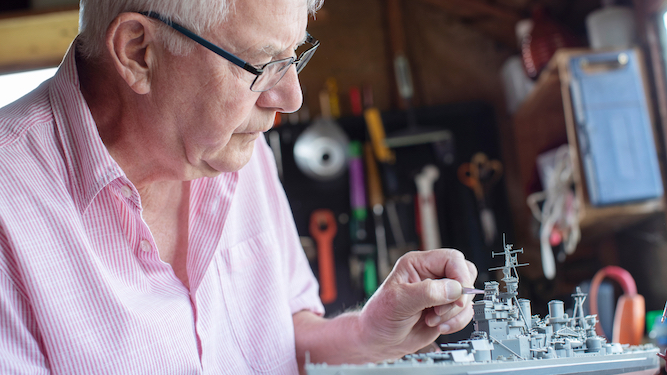 IN your 40s but with hopelessly childish tastes? These are the hobbies that you need to drop to grow the f**k up:

Shelves full of action figures, whether Princess Leia in her Hoth outfit, French Resistance Action Man or Funko Pop! Orko, are a great way of saying ‘my school bully threw one of these in the canal and I have never recovered. For the really stunted, build up a My Little Pony collection worth 30 grand.

Fixating on the food of your childhood

You’re an adult, free to explore sophisticated world cuisine. So why does your diet consist of Birds Eye potato waffles, thrice-weekly McDonald’s and Coco Pops? If you still eat Pot Noodles when their novelty value wore off in the 1980s, consult a psychiatrist.

More of a female thing. A few cuddly toys are kind of cute, but dozens of the bastards dotted around your bedroom will make your partner feel as if they’re putting on a live sex show for Paddington and a host of dead-eyed Beanie Babies.

You loved Airfix kits as a child, and the market has responded with kits for adults that are essentially a major construction project. By the time you’ve completed your enormous model of an aircraft carrier it would have been cheaper, easier and more useful to build an actual Volvo from scratch.

Competing with your own children

Whether it’s beating your five-year-old at football in the back garden or pointing out that you’ve made a far superior fairy cake, competing with small children is bad. And they will go on to be horribly competitive with their own kids, ruining Christmas games of Monopoly well into the 2050s.

If Black Panther is your favourite film, maybe watch more films. And if you think The Dark Knight Rises has deep intellectual themes to rival Ulysses, maybe read a book.