Under Pressure, and other classic karaoke songs you will absolutely butcher

THINK you’re an amazing singer who smashes it at karaoke? Prepare to realise how shit you actually are when you attempt these classics.

There’s only so far exaggerated fist pumps can get you before your profound lack of singing ability is laid bare. Your gesticulations will get ever more frantic throughout this rock tour de force as you witness the faces of your fellow patrons turn from sympathetic encouragement to horrified embarrassment.

This ballad requires the kind of pipes reserved for frighteningly talented singers like Beyoncé, as it is essentially very loud shouting in tune. To perform it requires lung power that, after two bottles of red wine and an entire packet of Embassy, you simply don’t possess. Expect to black out at some point during the third or fourth chorus.

Do you have the vocal range of Freddie Mercury, a famously gifted singer and entertainer? No, but have you had eight shots of Sambuca and lost all inhibitions and common sense? Unfortunately for you and those within earshot, yes. Yes you have.

One of the most romantic songs of all time, and it is being hatcheted apart by you and Neil from accounts awkwardly attempting to duet during your annual office night out. Colleagues will later tell you your performance sounded like two bedraggled alley cats fighting over an old kebab. But you won’t tell them about the snog you and Neil shared by the bins behind the pub afterwards.

Are you ready for all the lads in your karaoke bar to go absolutely ballistic and shower everyone with low-quality, warm lager? Almost certainly not, but as soon as this song comes on, expect them to be standing on the chairs and confusing ‘singing along’ with ‘yelling the lyrics as loud as possible’. 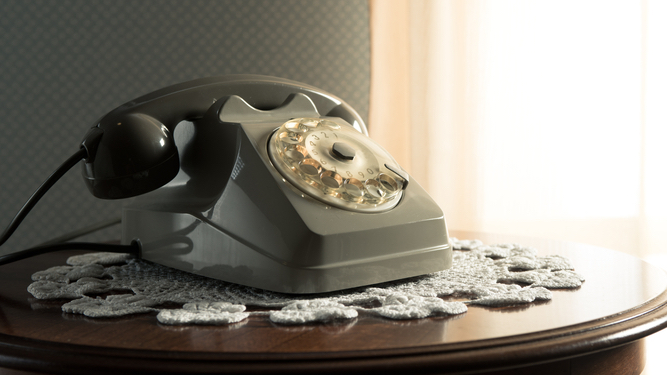 INFLATION is at its highest since the dark days of 1982. So how would you have coped with the spiralling cost of living 40 years ago?

Now you can get rid of streaming services you never watch, but in 1982 the only choice was either keeping the TV or throwing it out. Not really an option because it was your only access to Terry and June and the set was leased from Granada who’d want it back. You could save a bit of cash not upgrading to a colour telly, though.

These days there are hundreds of colourful startups with names like Fuzzplug and ChatPony, so you might find a better deal. In 1982 you had one choice of supplier for each service. British Gas made you shovel your last pennies into a despotic meter and BT could send round the heavies to rip the phone from the wall if you couldn’t pay up. Buzby kept quiet about that.

The chance of a life-changing windfall

Your current ‘plan’ is to win EuroMillions and move to the Maldives. Back in the day your best hope was the Football Pools, a gambling game involving a surprising amount of drudgery. Not only would any small chance of guessing which 12 football matches would result in a score draw be crushed by Mansfield getting a late, muddy winner at Darlington, if you did win 40 quid you were obliged to give your coupon to a sinister ‘collector’ first. Suddenly shitty, debt-inducing Bet365 games look like good wholesome fun.

Fares now may be batshit insane, but at least when the trains are late you can go online and claim a sizeable refund. In the 80s if your train was only 15 minutes late and it wasn’t pretty dirty, you were probably the Queen on her way to Balmoral.

If you think you’re paying too much for broadband, use that same broadband to find someone who might provide it for less. In the wasteland of the early 80s price comparison meant shuffling up and down the shopping precinct looking for the best deal on brown paint. And trying to switch banks resulted in a humiliating dressing down by a psychotic, chain-smoking manager who looked like Jack Regan from The Sweeney.

Going to the Falklands

The Falklands in 1982 did indeed distract people from rampant inflation and public spending cuts, as Thatcher calculated. But why not go there now? Inflation will be a distant memory and you’ll probably save a fortune by sitting on a gusty rock with four pubs and only penguins for mates. Plus you’ve got the bonus of not being shot by an ‘Argie’ these days. Yes, it’s our new fantasy, too.