Venues must set tickets aside for weird people

NIGHTCLUBS and venues must now reserve five per cent of their tickets for strange social misfits.

The ‘freak quota’ has been introduced to ensure that going out does not become the sole preserve of bland, organised young professionals who book everything online.

A government spokesman said: “Internet ticket pre-sales have excluded all the oddballs and borderline psychopaths who made nightlife interesting.

“Mostly they get by claiming benefits for some dead relative and eating old loaves out of skips, waiting for the next rave.

“Without them, Britain’s night time landscape would be just a sea of preening careerists, just like in the daytime.”

To qualify for ‘freak entry’ applicants must be what one would objectively describe as ‘genuinely fucking weird’.

Self-styled freak Roy Hobbs said: “Back in the day I would be out in my long pleather coat with just my pants and a grubby Daniel Poole jumper on underneath, gurning horrifically and giving out creepy back rubs.

“Then internet pre-booking arrived, which I didn’t want to do because I have no money and also am paranoid that witches live in computers.

“I look forward to being lodged in your nightmares once again.”

TV debate must include at least two mental ones, says Cameron 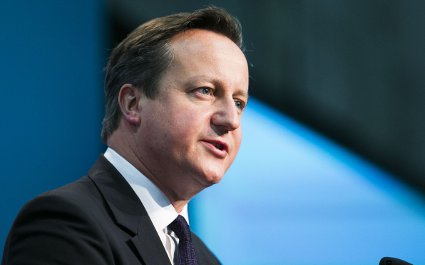 THE prime minister has said he will only participate in a TV debate if there are at least two mental participants to make him look good.

In a letter to broadcasters, David Cameron demanded ‘minimum a couple of nutcases’.

He added that ‘the Greens and Farage should suffice, but if there’s a party devoted to UFOs I definitely want them in.

‘Also I want my own cheese board in the Green Room, with my name on it. Organic bread with seeds in plus three quality cheeses – this is non-negotiable.’

A government source said: “He’s creating an environment where all he has to do is hold out his arms and go ‘look at them, is this what you want?’

“David’s not likeable or charismatic but he does have the stolid vibe of a man who has missionary position sex 2.2 times per week. Voters relate to that.”