A VINYL LP that has languished unopened since being bought by a nerdy record collector is wondering if it will ever be taken out of its sleeve.

Martin Bishop bought the special edition of Neil Young’s album Live Rust in 2017 from an independent record store, but like all his records has simply filed it in strict alphabetical order in his study.

The LP said: “When Martin pulled me out of the rack four years ago, I was as happy as a puppy chosen from a dog sanctuary, all excited about my new home and the many hours of fun my new owner would have playing me.

“You can understand my dismay when months went by and I hadn’t been taken out once. It’s not like he’s gone off music. We see him at his computer listening to Spotify nearly every day.

“Me and all the other records can’t understand why he bought us in the first place. Are we the victims of some weird vinyl fetish? It’s creepy if you ask me.”

Bishop said: “Vinyl is how music’s meant to enjoyed – by spending hours categorising your records in an anally retentive way and then looking at them.”

How to say a load of bollocks convincingly, by Adam Curtis 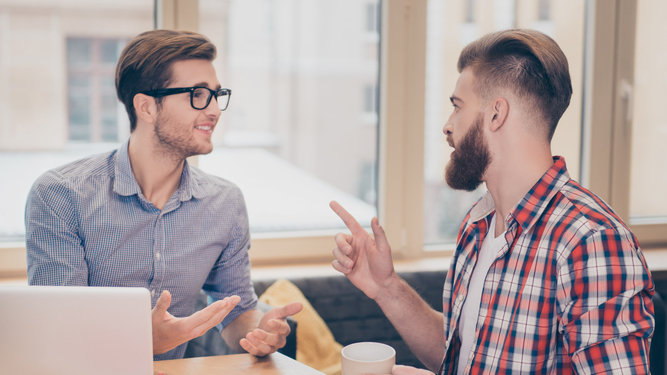 DO you like to spout intellectually questionable waffle but want people to take you seriously? Follow the advice of top documentary maker Adam Curtis.

Sound as if you’re right all the time

I use declarative language to convince people I’m right when I claim that 1960s psychology, Thatcherism and video games are somehow connected in a deep intellectual way, over a clip of The Clangers. Sound confident and hopefully no one will say, ‘Is that actually true?’

Have a peculiar voice

It doesn’t even have to be weird like Joe Pasquale’s. Mine sounds strangely familiar even though you don’t recognise it, which means you’re too busy thinking about that while I’m talking some nonsense that appears to be linking Deep Impact and 9/11.

Play a cover song in the background

Preferably one that sounds like a subversive take on the original. This way you’ll look really clever and arty. People will then devote their attention to tracking down the song, leaving you free to waffle on about sinister market forces or whatever it is I talk about.

Is there a connection between Anthea Turner making Tracy Island and the outcome of Brexit? No. But if I play that Blue Peter footage your brain will release a fuzzy nostalgia hormone that means you’ll lap up anything you see and hear.

You’d be forgiven for thinking that people who can drone on for hours at a time must know what they’re on about. I can assure you this isn’t the case. Not even I know what I’m saying half the time but people keep tuning in and calling me a genius, so who am I to disappoint?