A HANDFUL of people you’ve never met have announced liking an album by James Blake.

A spokesman for the group said: “Me and these other people have listened to a bunch of albums and the one we most like is by James Blake.

“The other ones we listened to were pretty good too. I suppose it’s a matter of taste.

“Anyway, do with that information what you will, and don’t forget to buy whatever it is our sponsor sells, whether that is goods or services.”

New Call of Duty game to be based on TA 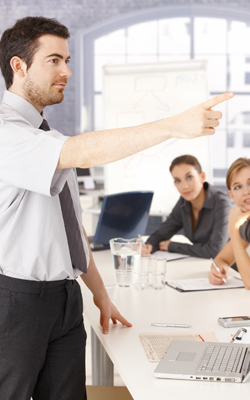 THE new Call of Duty game will focus on the exploits of the Territorial Army, developers have revealed.

In a departure from the usual special forces scenario, players take the role of a part-time soldier whose main job is doing marketing for a bathroom fittings company in Stevenage.

Infinity Ward developer Stephen Malley said: Our challenge with Call of Duty is to keep each game fresh and different. And you dont get more different than being a marketing executive called Mike.

Gameplay accurately mimics Mike’s schedule, with most of your time spent going to meetings and preparing brochures about taps, shower rails and backlit shaving mirrors.

“Key objectives include successful flirtation with female colleagues and convincing Mike’s line manager to let him leave early because he’s got to yomp across Exmoor.

Theres a also a particularly tough section where Mike has to navigate Spaghetti Junction to get to BathExpo 2013 at Birmingham NEC.

The military action kicks in at weekends, when Mike attends training camps where he practises marching and goes on field exercises, which culminate in a few pints at a pub.

Gaming journalist Tom Logan said: The section where you go on a five-mile route march in the Brecon Beacons is so realistic you can practically smell the Savlon youre putting on a nasty blister.”