What's that bloody thing everyone's watching on their phones?

EVERYONE on trains and buses seems to be watching a gripping TV drama, or possibly a film, on their phone. But what the bloody hell is it?

Dull US political drama. Appears weighty but is actually a series of basic lessons on moral issues similar to Star Trek. Watched mainly by morons who want to feel clever and it has attractive people in nice suits.

Undead Walkers Z Nation
Umpteenth reworking of the already-exhausted zombie TV genre, filmed in suspiciously out-of-the-way locations with little obvious damage. On a frankly surprising season four, its fascinating new premise is that the zombies have learned to swim.

Businesspersons
Business comedy-drama with an understandable focus on comedy and drama rather than actual business issues, eg. the company’s digital expansion strategy or a blockage in the ladies’ toilets. Still pretty shit.

Ancient episodes of Frasier
It’s easy to assume people are watching cutting-edge Netflix originals, but often they’re just watching stuff you saw on telly in the 1990s. A tell-tale sign is familiar actors looking normal and healthy and not as if they’ve spent seven years imprisoned in a gym.

Really bad pirate copy of current blockbuster
Unsure what those shadowy, menacing creatures surrounding Aquaman are? Answer: Chinese cinemagoers getting up to buy a Pepsi.

Vegetarian pays £14 for quite large mushroom in a bun 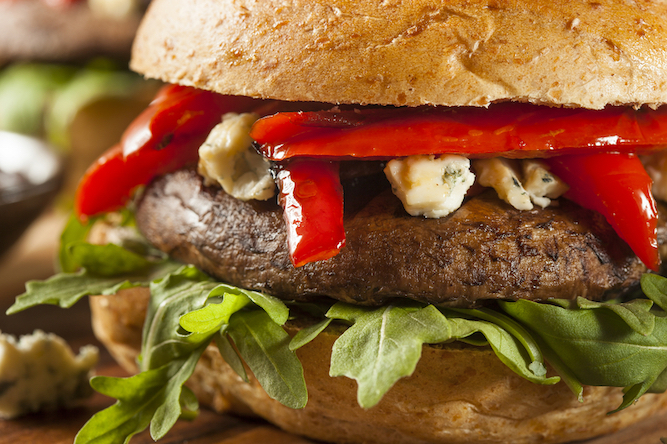 A VEGETARIAN at a burger restaurant has paid £14 for a big mushroom in a bun.

Tom Logan ordered the Mega Mushroom Burger, which is made up of a large portobello mushroom and a bread roll.

He said: “Ah yes, with all the possible flavour combinations of all the vegetables that could have been made into an actual burger, I see this place has opted for the ‘grill a mushroom and be done with it’ approach.

“Although it does have some red peppers bunged on top, so that obviously makes it worth more than my hourly wage. For £14 it certainly shouldn’t be the size of a frisbee.”

Meanwhile, Logan’s friends promised to choose a more vegetarian-friendly restaurant next time, where he would have a choice of both mushroom risotto and carrot and coriander soup, which both cost more than a tenner.