Across the UK, parents are gently explaining that Momo is something called an ‘internet hoax’ to sons and daughters who were gleefully editing Momo’s Wikipedia entry earlier that day.

“I told her I’d already done a segment explaining the viral spread of Momo via 4Chan to the 47,000 subscribers to my channel earlier that day, and asked what action we were taking on global warming?

“She looked frightened and said she’d seen things about global warming when she was trying to watch other things, but that she and the other grown-ups were pretty sure it wasn’t real.

“I told her that it was likely to make most of the planet uninhabitable by 2080, and she said that she’d heard it was only created by few scientists as a joke and spread as a hoax to trick adults into doing dangerous things, like voting Green.

“It was a real meeting of minds. Anyway, I’m now editing Momo into The Great British Sewing Bee to try and scare her into going vegan.”

Everyone who voted Leave to get £1,000 worth of chips 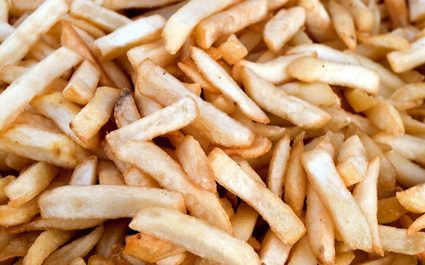 The Brexit chip dividend, which will be handed out on December 31st, has been designed to help the ‘left-behind’ and is nothing to do with politics, according to communities secretary Robert Jenrick.

He continued: “A ‘Brexit bribe’? Frankly I find that offensive. No, we’re just trying to help the economically disadvantaged make a real difference in their lives and alleviate poverty. This is what Labour would have promised if they had the guts.

“They get a grand for chips at the end of this year, another grand in six months, and a per diem allowance, all for lovely chips.”

The cash will be raised by a windfall tax on everyone who voted Remain.