DID you spend hours of your youth perfecting a skill that became entirely pointless when you grew up? Like one of these?

Jumping from a swing

Whoever could jump the farthest from a moving swing was a playground god, due to the courage it took to master such an incredible stunt. When you subsequently attempted to show off this skill as a drunk adult, it ended not with the adulation of your peers but a broken wrist and a trip to A&E.

You spent hours in your room studiously learning how to make a long coloured handkerchief appear from your sleeve. This skill had one public outing at a school talent show where you mildly embarrassed your parents, and, as adults who do magic are creepy, it’s never seen the light of day again.

In the world of young teenagers, there is nothing cooler than being able to wheelie the entire length of your local Tesco carpark, especially if you’ve just nicked some chewing gum. If you are still doing this in your twenties it’s just tragic, will lose you friends and will gain you a pathetic criminal record.

Being able to repetitively jump over a rotating piece of rope was a surefire way to earn the respect of your mates in primary school, especially if you sang a song whilst doing it. But unless you grew up to become a professional boxer there’s zero practical use for this ability by the time you have a mortgage.

There was a time where nothing seemed more important than being able to make a small plastic disc bounce up a piece of string and master complex tricks like The Sleeper. Fair play if you could do it, but try putting ‘proficient at yo-yoing’ on your CV and see how far you get.

Man still not entirely sure what's in a Holland & Barrett 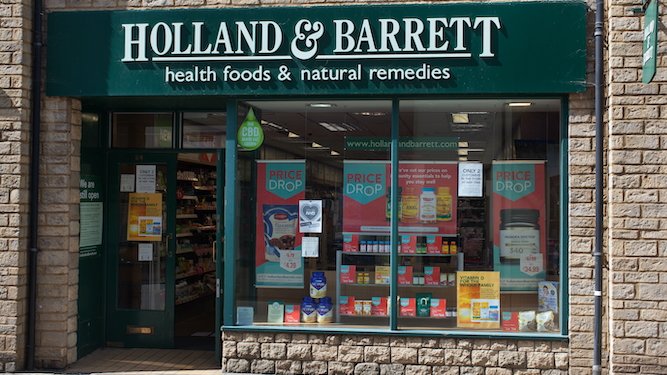 DESPITE the store being a mainstay on UK high streets, a man is still not sure what a Holland & Barrett actually is.

Roy Hobbs has walked past a Holland & Barrett at least twice a week for two decades but remains mystified about whether it is a chemist, a posh grocery shop or somewhere a teenager would buy a bong.

Hobbs said: “I’ve never been in, but from what I can figure out it sells food that is almost normal, but has a weird twist. So you can buy a small jar of honey for thirty quid or crisps made of lentils.

“And then there’s the wacky stuff that sounds as if it’s from a witch doctor’s shopping list and you buy in big tubs, like ginseng or powdered owl beaks. Sort of like Diagon Alley, but with strip lighting and aggressive up-selling.”

Hobbs’ wife Margaret added: “I’ve been told it’s a place that sells healthy pills and dusts to Guardian readers trying to and make up for the fact they were all pissheads in their 20s.

“If I want to mess around with powders, I’ll have a cup of Ovaltine, thank you very much.”