AS a child, should you subject your parents to the 67th viewing of Finding Dory, or try a film you’ve never seen before? Here six-year-old Lauren Hewitt weighs up the arguments.

I love Finding Dory. It’s the bestest film in the whole world, but Mummy and Daddy keep trying to get me to watch something else for some reason.

Daddy says: ‘If we have to watch a f**king kids film again then can’t it at least be a classic like Fantasia or Who Framed Roger Rabbit?’ He gets quite agitated, so that’s kind of a downside.

But then I cry really loudly while holding up my Finding Dory DVD and Mummy gives him a menacing stare and he’s forced to watch it with me. So actually watching Finding Dory needn’t be a problem.

Knowing exactly what is going to happen in Finding Dory and that everything will be alright in the end makes me feel safe and secure. If I watched something different there might be scary bits. So that’s a ‘pro’.

We saw The Good Dinosaur at the cinema and it ended up bleaker than Nil By Mouth. It freaked my beans and I resolved never to watch anything different ever, ever, ever, ever again. Which shows you should stick with Finding Dory.

Mummy can’t watch Finding Dory without a bottle of her special fruit drink, so she’s usually asleep by the time Dory meets Hank at the aquarium. But the main thing is she usually gives in.

Five pretentious house names that mark you out as a twat 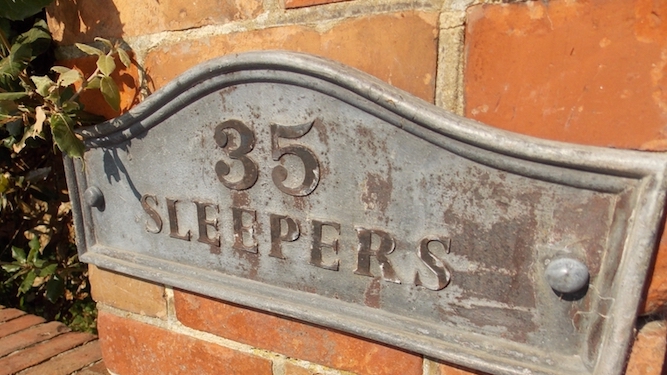 DO you have the urge to give your very ordinary home a wanky name? Here are some tried-and-tested examples for inspiration.

Or anything incredibly twee. Names like ‘Primrose Cottage’ are particularly inappropriate for identikit houses on suburban estates. And even worse if you live in a grim high-crime area where you know the local drug dealers by name. Also consider ‘Dunroamin’, just for the lack of originality.

A name steeped in Arthurian legend and shrouded in mystery. The main mystery being, why is it the name of a tiny bungalow just outside Crewe? When the postman sees ‘Avalon’ on a letter he expects an imposing country pile. What he actually gets is instant proof you’re deeply pretentious.

Except it isn’t, is it? Using a rustic house name is fine if you live in the countryside or in an episode of Midsomer Murders. But Meadow View is pushing it. Especially when you throw open your curtains each morning to reveal you live opposite a tarmac plant, a bus station or an abattoir.

Ingratiate yourself with any isolated village by buying their Post Office, closing it down and renovating it into a luxury four-bedroom home. Locals will hate you for taking over their vital link to the outside world so they don’t have to drive 11 miles for a morning paper, but it’s a small price to pay for a lovely, slate house sign hung near your front door.

Well done you! You’ve read a poem or half-watched Citizen Kane. And your house isn’t a lavish palace, it’s a semi, so all your neighbours now have you down as an ostentatious ballbag. You might think you’re not getting many Christmas cards because it’s hard to spell. It’s not. All your friends have disowned you.