Which minor, shitty Friends character are you?

LET’S face it, you’re not a main character even in your own life, and you certainly wouldn’t be in a seminal New York sitcom. But which crappy four-episode Friends walk-on are you?

– Are you amiable enough but basically there to facilitate a couple of funny plotlines for other people, and nobody can even remember when or where you stopped being around? You are GARY, the cop Phoebe dated in season five.

– Did you seem like a big deal at first but after a short while everyone despised you so completely you were dumped by phone, and you’d already pissed on your chips with your original mates so when they get together now you’re left out of that as well? You are EMILY, and you fully deserve it.

– Was there never any good reason for you to be there, everyone always hated you, and once you’re gone it was as if you never existed? You are MARCEL the monkey.

– Do you still tell the story of how you got involved with this one guy but then fell in love with his best friend and they fell out over you because it was the most exciting thing ever to happen to you, not realising they’ve both long since moved on and think of you never? You are KATHY. Remember? The actress one. Kathy.

– Was your thick, dark moustache, your trademark and your curse, the reason you got to bone your buddy’s twentysomething daughter for far too long? You are RICHARD, and dude that was seriously not cool.

– Are you a smarmy, obnoxious loser who got to hang out with fun people because your college friend made fun jokes and your sister was hot? You are ROSS, and you were never anything other than a minor character, don’t kid yourself.

Northerners and Southerners to settle differences with massive fight 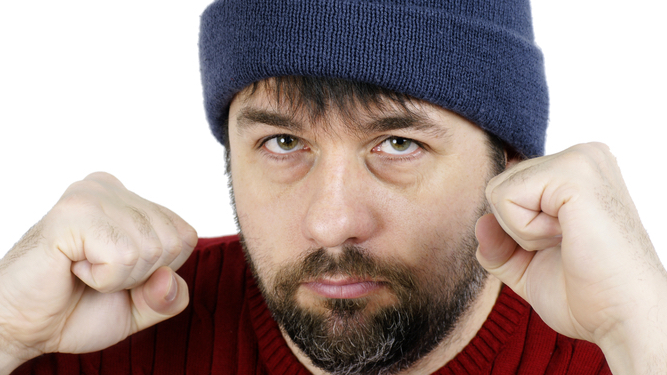 THE North and South of Britain are to settle their grudges once and for all with a huge fist fight in neutral Birmingham.

The punch-up, thought to be the biggest of its kind in Europe, is intended to resolve pointless regional tensions such as Southerners allegedly being ‘soft’ and Northerners supposedly all owning whippets.

Fight organiser Martin Bishop said: “The North and South have been trading insults for centuries, so we’re going to do the sensible thing and sort it out with our fists.

“We’ve got more than 45 million men, women and children turning up to batter the living daylights out of each other. It’s going to be magnificent.”

“If we get a good hiding, so be it. From then on I will accept that I am a thick Northern bastard who says ‘Eeh bah gum’ all the time. The main thing is to get closure and move on.”

Midwife Helen Archer said: “For too long I’ve listened to jibes about lager-drinking Southern ponces. Now we need to kick each other’s heads in and then we can all live in peace.”