THE X Factor is doing rather brilliantly considering it is just pretty lights and a bit of singing, it has been claimed.

An ITV source said: “Much has been made of the show’s falling viewership, but there are still millions of people looking at the fucker every weekend.

“That’s pretty incredible when you think that it’s an hour of bright colours, karaoke and someone called Tulisa banging on about her ‘urban roots’.

The source said: “Research shows the audience really likes it when there are laser beams and the singer is standing on a box.”

It's Dec and Ant, says Dec 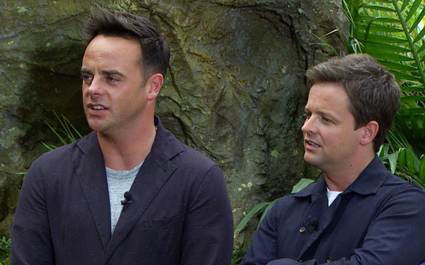 DEC is threatening to break up TV’s foremost partnership unless they undergo an immediate name change.

The dispute goes back to Ant and Dec/Dec and Ant’s Byker Grove Days, during which they held a summit meeting at Newcastle’s top restaurant Mickey’s Greaseburger Grill.

A source said: “They agreed that if they became a showbiz success, they would be known as Ant and Dec for the first five years, then switch to Dec and Ant. But now Ant says the ‘time isn’t right’.”