Your guide to what the f**k Squid Game is about

HAVEN’T watched the Squid Game? Stuck in another sodding conversation about it? Bluff your way through:

Just like Gangnam Style and K-pop, Squid Game is the latest craze from the landlocked country of Japan to take the world by storm. Apparently it’s a bit like the Chinese film Battle Royale, which itself was a Hunger Games rip-off, but you haven’t seen those either because you’re a busy adults with a mortgage to attend to.

Don’t be fooled by the promo which shows people in hooded red jumpsuits lugging around pistols. This is a clever bit of misdirection so when you press play you’ll be surprised to discover it’s connected to the historical ITV drama. Ask your friends how much this blew their minds to seamlessly pass yourself off as a Squid Game viewer.

A big CGI squid is the main character

As the show’s title suggests, Squid Game tells the story of a huge cephalopod who can’t get enough of playing games like Buckaroo. Fun fact: the squid is computer animated, but is played by Bryan Cranston wearing a motion capture suit. What’s more, it’s based on a true story. That sounds far fetched, but trust us.

Squid Game is the talk of Britain’s playgrounds because it’s a frothy, lightweight show which requires no parental supervision. Simply chuck it on, leave the kids to watch it, then enjoy an hour of undisturbed peace and quiet in another room. Ignore the constant screaming and gunshot blasts, they’re coming from next door’s telly.

It will be old news by the time you watch it

Just like Bridgerton, Normal People and The Queen’s Gambit, Squid Game is a programme that people are currently obsessed with, but one that will be irrelevant in a couple of days. There’s no point slogging through its nine episodes because by the time you get to the end everyone will have moved on. Seong Gi-hun wins, that’s all you need to know.

Do you still eat chicken? Thick as shit questions vegetarians love to be asked 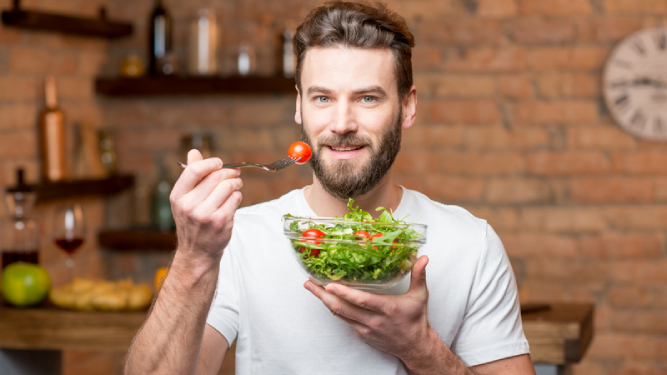 ASIDE from feeling superior, the best perk of being vegetarian is repeatedly being asked these inane questions:

How do you survive without bacon?

Oxygen, water, and processed pork. According to carnivores these are the three building blocks of life, so how come vegetarians don’t wither and perish without bacon? This question is usually asked by people who eat strips of salted pig three times a day then wonder why they’ve got heart trouble at the age of 36.

Do you still eat chicken?

It’s only acceptable to ask a vegetarian this if you genuinely don’t know the difference between a chicken and a vegetable. If that’s the case, plant eaters will calmly fill you in on the basics of organic matter while reining in their disbelief. Otherwise you’re being a dickhead who might as well ask a Catholic if they celebrate Hanukkah.

Vegetarians love nothing more than fielding evolutionary questions from some moron who’s watched a single Attenborough documentary and now thinks they’re Charles Darwin. We also used to sleep on the ground and shit in hedges, yet nowadays people use mattresses and toilets. Are you saying we should go back to that and forget how to make fire as well?

Yes, vegetarians have to be mindful about what they eat and sometimes they top up their diets with vitamin supplements, but their insides are generally ticking along in working order. Meat eaters on the other hand will think nothing of chowing down on a gout-inducing flank of dead cow which gives them indigestion for days.

Do you get bored of tofu?

Contrary to popular belief, vegetarians aren’t confined to live in a flavourless, tofu-filled purgatory the second they give up meat. It isn’t the foundation of every meal either, and they’re not held down and force-fed tofu via a big nozzle. In fact tofu’s only a small part of their diet, which is lucky because it’s overpriced and hideously bland.