Brazilians To Be Shaved By Government

THE Government is to introduce new regulations governing the size of the Brazilian wax amid mounting fears that the nation’s pubic hair is spiralling out of control.

Current Government guidelines set no upper limit on the length of a Brazilian and merely recommend they are a maximum of four centimetres in width while leaving hair length completely at the discretion of the trimmer.

As a result, critics say, many women are emerging from backstreet cowboy waxers with irregularly trimmed pubic areas looking like anything from a jungle landing strip to a Hitler moustache.

Sir Digby Jones, the former head of the CBI named last week by the Government as its new pube tsar, said: “The Hitler look might be suitable for some neo-Nazi sex poppet from Eastern Europe but worn by a British women it is an affront to the dead of two world wars.”

From next April the maximum height for Brazilians will be set at 2.5 cm. The maximum width will be trimmed to 1.5cm, and hair length cut to under 0.5 cm to bring it into line with other EU countries. The moustache will be banned completely.

Nikki Hollis, pubic style editor of Grazia magazine, welcomed the news saying it was vital someone got to grips with Britain’s unnecessarily unruly pubes.

She said: “Untidy and irregular pubic areas currently cost the British economy some £40 billion a year through lost productivity and unexplained absence. Have you seen the Chinese? There’s barely a hair on them.”

However, Holly Trumbull of the Society for the Protection of the Individual’s right to Determine their Erogenous Region’s Size, Length, Extent, Girth and Shape (SPIDERSLEGS) attacked the moves as a gross infringement of women’s liberties.

“Every woman is the mistress of her own minge, and the Government has no right to poke its nose into our knickers,” she said. 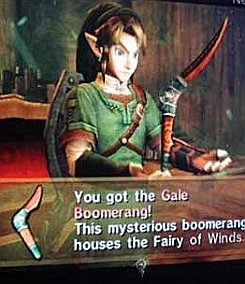 GORDON Brown has taken personal charge of the escalating Nintendo Wii crisis which could force millions of British children to play outdoors with real friends this Christmas.

Mr Brown last night dramatically quit his own game of The Legend of Zelda: Twilight Princess to chair a meeting of the Cobra emergency committee, even though he was already in the mine under Death Mountain and well on his way to Fire Temple.

It is the first time a British prime minister has intervened in a toy crisis since 1985, when Margaret Thatcher fought a year-long battle with Arthur Scargill to ensure no child went without a Transformer on Christmas Day.

Mr Brown pledged his government would use all of its special powers to defeat the evil forces ranged against it so that even poor children could point an electric stick at the television.

He said: “As a young boy growing up in Scotland I saw the social divide that is caused by gift inequalities.

“I saw rich children on spacehoppers bounce repeatedly on poor children. I saw one boy bounced on so bad his Clackers split in two.”

But anti-Wii campaigners are urging parents to throw their children into the street.

Denys Hatton, of Wii Concern, said: “You could shell out the best part of £200 so your children can play virtual tennis while pointing a stick at the telly. Or you could just buy them A FUCKING TENNIS RACQUET.”