DENTISTS and serial killers have named Audis their favourite car for the eleventh year running.

Audi models won in all categories at the annual Dentist and Serial Killer Car Awards held at a Holiday Inn in Croydon. The judging panel comprises three dentists, three serial killers and one dentist who is also a serial killer.

Meanwhile serial killer Wayne Hayes said: “As a psychopath with a taste for the spontaneous, I really appreciate the extra boot space in the A6 Avant. You never know when you might need it!

“The excellent handling allows me to drive mine up right up other motorists’s arses on remote country roads, which as a coldly calculating deviant is very much my idea of fun.”

Today the Mash has a question for Britain’s babies in hats: Why DO you hate our country, its history, culture and the people’s sense of identity? 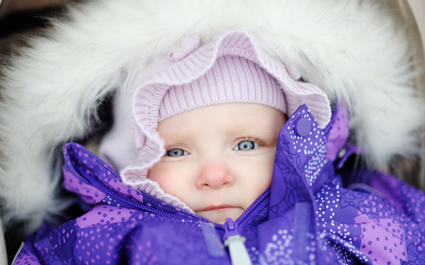 YOU see them everywhere. Mewling, crying, red-faced with rage at the brave few who stand up to defend this country’s values.

Refusing to even walk, unable to speak the mother tongue, pooh-poohing our national dish of beef wellington in favour of a diet of EU milk. And most of all, laughing at our Brexit.

They don’t know a word of the national anthem. They will, no doubt, scream for attention throughout the Royal Wedding. And they affect not to care what colour their passports are, as if it is a meaningless question.

Yet we – the hard-working retirees of Britain – are expected to look after them. To mollycoddle them and indulge their pathetic need to be burped and rocked to sleep.

But no more. Today, over the crucial issue of whether passports will be manufactured in France or here at home by the none-more-British company De La Rue, we draw the line.

The Mash has declared war on Britain’s traitorous babies in hats. No more will we listen to their mocking gurgles which seem to say “What about the Northern Ireland border?” or “I didn’t actually know it would mean an economic depression.”

From now on, any baby unable to recount Churchill’s ‘Blood, sweat and tears’ speech, or name every member of the 1966 World Cup squad, or know who the killer is in every episode of Inspector Morse, will face deportation.

And when this policy is an inevitable success, it will be expanded to cover everyone under 18, then under 30, then anyone under 55 who does not own at least two properties.

Only then will we achieve the Brexit we voted for, safe from criticism, opposition and above all consequences.

We will respond to these babies’ vicious, implacable hatred with hatred of our own. And that is right, and proper, and once and for all there is nothing racist about it.