Banknotes to be kept delicious

THE Bank of England has vowed that £5 and £10 notes will continue to be the animal fat-packed extra-crispy flavourful savoury treats that Britain loves.

Despite complaints from vegetarians, the Bank has promised to continue making new banknotes out of edible polymers and mouth-watering animal fats, triple-cooked and served fresh and delicious.

“Our Jane Austen tenner is a gastronomic experience every Briton should treat themselves to – try it with the Cajun salt – and the Churchill fiver remains the patriotic portion everyone can afford.

“We pride ourselves on making the most delectable cash in Europe, if not the world. Post-Brexit our currency should be backed against dry-cured bacon instead of gold.

“What’s the point of queuing in Greggs for a pasty when you can just tuck into a grubby five pound note and wash it down with a handful of change? Cut out the middle man.” 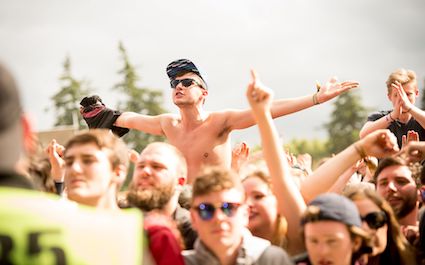 THE Scottish Conservative Party has announced that they will hold a Tory T In The Park to rival Tory Glastonbury.

The festival will combine the alcohol intake, casual violence and general indifference to music of a typical T In The Park with the values that have made the Scottish Conservatives so successful.

Stephen Malley, Tory MP for Fife North East, said: “We’re still talking tops off, lagered up, dancing to the Prodigy regardless of if they’re actually performing or even on the bill.

“But we’ll bring to the party a powerful hatred of the Yes vote, nationalism that’s UK-centric rather than just Scottish, and of course our traditional xenophobia.

“It’s no a problem for me. I’ll headbutt anybody.”