Banks To Close For One Week A Month, Says Harman

BRITAIN'S biggest banks will be forced to close for a few days roughly every four weeks, under new government proposals. RBS wants to know why you're such a fucking arsehole, all the time

Equality minister Harriet Harman has outlined plans to have more women on the boards of financial institutions, but admitted they may have to shut down once a month to prevent a fresh wave of irrational decision making.

Ms Harman insisted increased female involvement would restore stability to the system and restart the wholesale money markets just as soon as the country's biggest banks had synchronised their periods.

She added: "Women don't take as many risks as men because we are not as greedy. Apart from when it comes to shoes and chocolate and state-of- the-art Japanese pleasure sticks.

"We don't need a big BMW 7-series; we're quite happy with a nice, little Kia Picanto as long as we can fit some shopping in the back and it plays our Leona Lewis CDs without us having to press too many buttons."

But experts warned that an increase in female directors could result in banks giving vast sums of money to the Dogs Trust, the Tiny Kitten Foundation and that one that looks after old donkeys.

Emma Bradford, chief financial officer at Donelly-McPartlin, said: "This is Charlie. Charlie loved his owner but his owner didn't love him back. Look at his wittle-bittle face. He's so saaaad. I'm going to give him £20 million."

Sir Denys Finch-Hatton, executive chairman of stockbrokers Madeley-Finnegan, added: "I am all in favour of women running large organisations, as long as absolutely none of those women is Harriet Harman." 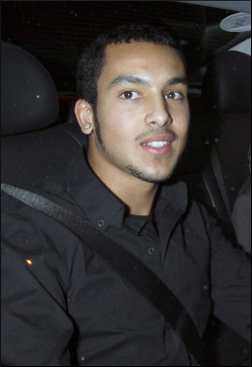 PREMIER League clubs should stop keeping score so that everyone can just enjoy a nice game of football, the culture secretary Andy Burnham said today. Theo's dad picks him up after training

The minister has also called on England's richest clubs to 'share their wealth' as the government attempts to impose its namby-pamby, socialist bullshit on professional sport.

Mr Burnham said: "It should not be about one team being better, or having more fans and therefore more money than the others; it should be about fresh air and making friends.

"It's only fair that the rich clubs should give half their money to the poor clubs. After all, it is the rich clubs' fault that they are so much better at what they do.

He added: "I'm sure Arsene Wenger wouldn't mind if Theo Walcott's dad took charge of the mid-week training sessions, and perhaps Denilson's mum could wash the kits or bring along some carrot slices and dried apricots for a tasty and nutritious half-time treat."

Under Mr Burnham's plans Formula One drivers will have to use bicycles for the last three laps, while professional darts players must enter into a weight-loss agreement with their local NHS trust before being issued with a licence to handle sharp objects.

Meanwhile England cricketers on tour in Bangladesh this winter will have to live with poverty-stricken local families so that they can gain a valuable insight into the lives of people from different cultures.