Banks To Not Lend You More Of Your Own Money

BRITAIN'S banks are to receive more of your money so they can continue to not lend it to you, it has emerged.

The banks say a second bail-out will be essential if they are to achieve their medium-term strategic goal of having all the money and throwing you out of your house.

Treasury sources admitted the initial multi-billion pound bail-out had not unlocked the credit markets as hoped and so the banks may now have to be filled with £10 notes until they burst.

Economists say this policy of 'quantatative bursting' will mean some money will eventually have to be released from the building so bank employees can at least get to their desks.

The government hopes this money will be picked up in the street by consumers who will then spend it on Jaguars and fine china.

A Treasury spokesman said: "Most of the banks have just piled the first lot of money in corridors and cleaning cupboards, although HBOS does seem to have spent quite a bit of it on magic beans and aromatherapy oil.

"We did plant the beans in the hope a massive beanstalk would appear which would then lead to a magical, golden egg-laying goose-type scenario. But that didn't happen."

He added: "We think the beans may have been eaten by a homeless man, or possibly a crow." 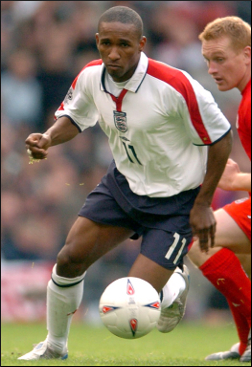 Defoe said he had received a series of menacing calls from people who seemed surprised he would want to play for another team.

A club spokesman said: "I suppose if it was Man Utd or Arsenal you could understand people being remotely interested in what the players are up to, but it's just Portsmouth.

"I was born and brought up here, my whole life is here and I even work for the club, but I don't really care, because – guess what? – it's just Portsmouth.

"Sure it's nice when they win, but to be perfectly honest I've got better things to do on a Saturday afternoon than watch Portsmouth. I mean, who doesn't?"

Dr Tom Logan, of the Institute for Studies, said: "It is always troubling when people take football seriously, but to take Portsmouth seriously really is moving things to a new and dangerous level.

"You'd think they'd be grateful to have any kind of football club given that it's such a wet, windy, godforsaken place, where the streets are filled with revolting semen."

He added: "The important thing to remember about professional football is that it's basically a child's game but with Range Rovers, Aston Martins and big-titted blonde girls getting pumped in the local Marriott."