THE UK’s banks have announced their multi-billion pound government bailout for March next year.

A spokesman said: “What I think threw a lot of people about the last bailout was how sudden it was, so we thought it would polite to give you a warning.

“The current stock market slide is the beginning of a catastrophic meltdown that will see the economy brought to its knees in six months, so if you could start getting the money together.

The timing of the collapse and bailout means that the 2014 bonuses will not be affected.

Helen Archer of Durham said: “I just hope the government’s got enough in the coffers to help out.

“It’s not the banks’ fault they go bust every eight years.”

Man trapped in Waterstones has idea for a book 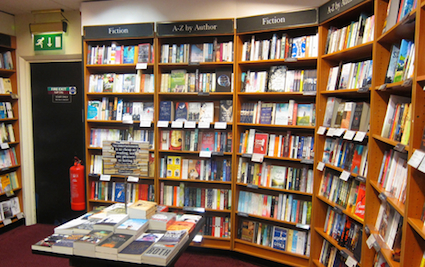 A MAN who was trapped in a Waterstones has had an idea for a novel.

David Willis, who spent three hours locked inside the bookshop in Trafalgar Square, revealed he is working on a story about a man who gets trapped in a bookshop where all the characters in the books come to life.

He added: “While I was in there I read some magic realism – some Rushdie, a bit of Gabriel Garcia Marquez – and I suddenly realised that being trapped in a bookshop is a bit like being trapped in something else.

“Perhaps a relationship, or a society. Or maybe you could even be trapped inside a book. I’m on fire.

“Meanwhile, you are surrounded by ‘information’ which could help you escape but you ignore it. But then the characters in the books come to life and give you clues that lead to ‘the manager’s spare key’.

“Or I might just do a cut and paste job about George Clooney and his new wife.”