BHS has had a last-minute reprieve after being bought by Northern grandmothers.

The chain has been taken over by elderly women after fears they would have nowhere to buy mundane items and have a nice sit down with tea in a proper pot.

Pensioner Mary Fisher said: “Northern grans depend on BHS for its range of unexciting goods such as bed linen, toilet brushes and grey anoraks for our husbands.

“BHS cafes are the only restaurants we feel comfortable in, thanks to their unthreatening menu of toast, sausage rolls or bacon and egg with half a grilled tomato for a special treat.

“We bought it by pooling our savings, which are surprisingly large due to unnecessarily frugal habits such as getting six meals out of a tin of corned beef.”

The new owners plan to make BHS even more appealing to Northern grans by expanding its range of ugly figurines of garden birds and adding pikelets to the menu.

82-year-old Eleanor Shaw said: “It’s lucky we’ve saved BHS because I need a cushion cover and the ones from M&S are much too colourful and sexy.” 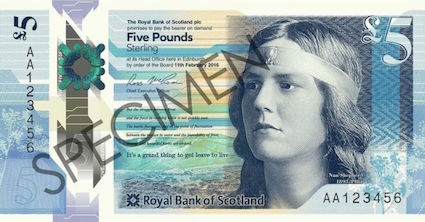 SCOTTISH Nationalists have reacted with fury to a new bank note design that does not demand independence.

The new Royal Bank of Scotland £5 note features a picture of some writer instead of popular quotes from Scottish literature such as ‘freedom from English oppression’ and ‘vote SNP’.

Nationalist Bill McKay said: “We Scots want to be reminded of our oppression whenever we buy something from a shop.

“It is woven into the very fabric of our being from an ancient time when golden, musical mists covered this sacred, magical land and a man was free to be unbelievably Scottish 24 hours a day.”

A spokesman for Scotland’s first minister, Nicola Sturgeon, added: “If you use the ancient Scotto-Japanese art of origami you can fold the note in such a way that it reads, ‘England is a toilet full of racists’.