Boardrooms should be 14% Brazilian tranny

ONE in every seven company directors in Britain should be a Brazilian transvestite with a pronounced facial tick, according to a new report. But does he have a twitch?

The recommendation was made by former government minister Lord Davies who was asked to investigate the make up of Britain’s boardrooms for reasons no-one has yet been able to adequately explain.

He has nevertheless investigated it anyway and devised a detailed formula which must be adhered to or the British economy will stop suddenly at 3am, hurling everyone into space.

14%: Brazilian transvestites with a nasty twitch.

17.2%: Retired semi-professional cricketers who are now shacked up in a one bedroom flat in Brighton with their son’s best friend.

10.6%: Welsh people who have never seen the special edition of Close Encounters of the Third Kind.

Davies also stressed that at least 25% of the people in each category must have a womb, especially John Reid.

Meanwhile the remaining 1.3% will be made up of a rotating panel of angle-poise lamps, cranky babies and people who know what they’re doing

But the move was criticised by analysts who said Brazilian transvestites may not necessarily know how to run a company that makes high-temperature alloy gaskets for the offshore drilling industry.

Julian Cook, from Donnelly McPartlin, said: “Harriet Harman once remarked that the financial crisis would not have happened if Lehman Brothers had been called Lehman Sisters.

“But Harriet Harman is an utter fucking moron.”

iPhone barricades itself in motel with drugs and whores 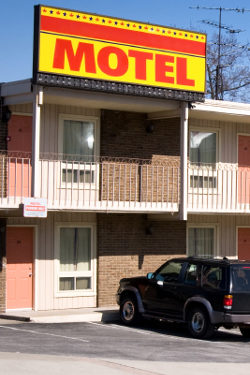 THE increasingly unpopular iPhone last night barricaded itself in a motel room with a brace of whores and a side arm. A company source said: “iPhone has locked itself in a room at the Sunseeker Motel six miles out of Vegas with two prostitutes and a crocodile-skin suitcase full of good cocaine, a case of Jim Beam and possibly a handgun. It has piled all the furniture against the door.

“We’re trying to coax it out with various reassurances that it’s still the number one shiny thing and naturally we’ve tried calling it but there does seem to be some slight issue with getting a signal.”

Police sources said the iPhone has come to the window on three occasions, its touch-screen smeared with white powder as it yelled random phrases from the Old Testament.

The Apple insider added: “Our doomsday scenario is that it plans to film itself in a series of drug-debauched carnal acts and upload the footage before snorting an unfeasible amount of gak and going ape-shit cazy with the handgun.

“That sort of thing can sometimes damage a brand.

“We’re just hoping it doesn’t have an adaptor, in which case it’ll be unconscious within a couple of hours and we can just go in and pick it up off the floor.”