THE only place where people can buy things has made a huge profit again, it has been confirmed.

Despite the recession The Shop made more than £3 billion last year, 10% up on the previous year, thanks to its successful strategy of bulldozing absolutely everything and then putting a shop on it.

The last 12 months have also seen The Shop diversify into a wide variety of new services including mobile cardio-vascular surgery, landscape gardening insurance and political assassinations.

Meanwhile The Shop has continued its popular advertising campaign of pretending there are other shops where all the things are more expensive.

Emma Bradford, a council worker from Stevenage who spends all her money at The Shop, said: "The Shop is so much cheaper than Asda and Sainsbury's so I'm not surprised they never even existed."

But retail analysts say The Shop's attempt to break into the American market has stalled, mainly because America already has a shop.

A spokesman for The Shop said: "Today's results are a testament to our strategy of adapting to an ever-changing marketplace, offering outstanding value for money and being the only shop in the country."

He added: "The recession is helping us to achieve our vision of a society where everything is provided by either The Shop or The Government. Soon the two will merge into one and no-one need worry about anything ever again. 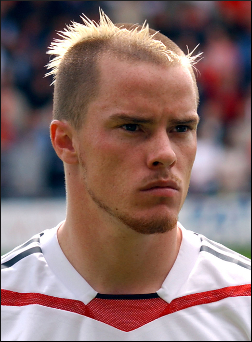 NEWCASTLE United fans brushed off yesterday's defeat by Spurs insisting they have a fool-proof scheme to guarantee the club a place in next season's top flight.

With Sir Alan Shearer's team now firmly in the relegation zone, United fans have drawn-up plans to pretend the Championship is now the Premier League.

Shearer has backed the idea stressing that even if the club was to plummet to mid-table in the Conference North, the supporters would still be making travel arrangements for a lengthy Uefa Cup run.

Bill McKay, assistant secretary of the Toon Army supporters club, said: "Ipswich play in blue so they can be Chelsea or Everton.

"We'll have at least one of the Sheffields and no-one's ever entirely sure what league they're in, Derby can be Fulham and we could even pretend Coventry are still a proper football team

"Meanwhile Bristol City will from now on be known as Arsenal, Barnsley can pass for Man Utd if you squint hard enough and Notts Forest should make a perfectly decent Liverpool.

"And just like the old days we won't have to play small teams like Wigan, Stoke, Bolton, Portsmouth and Hull, so we can pretend they're still in the old second division."